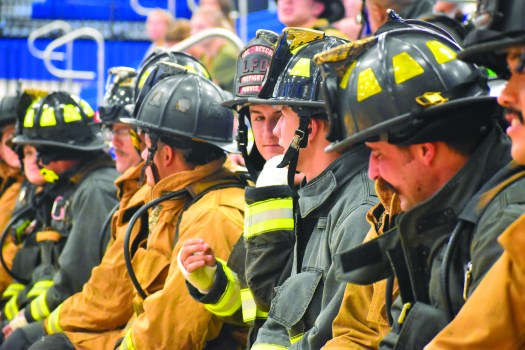 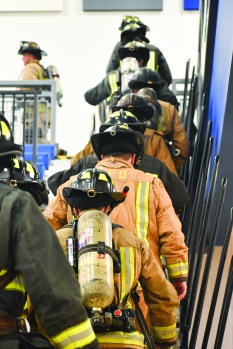 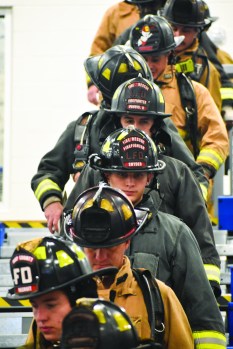 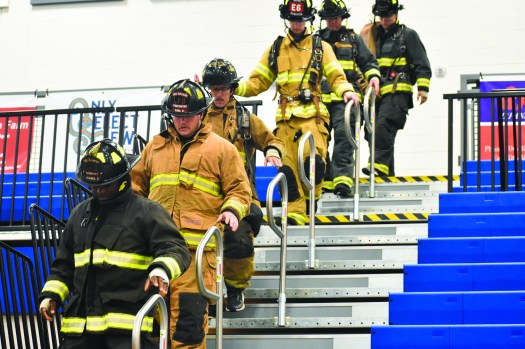 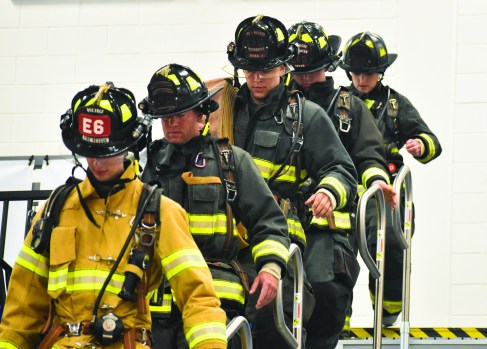 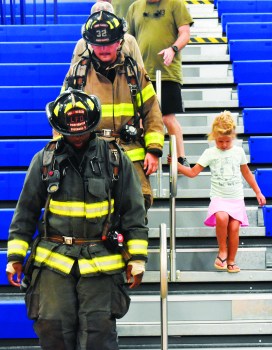 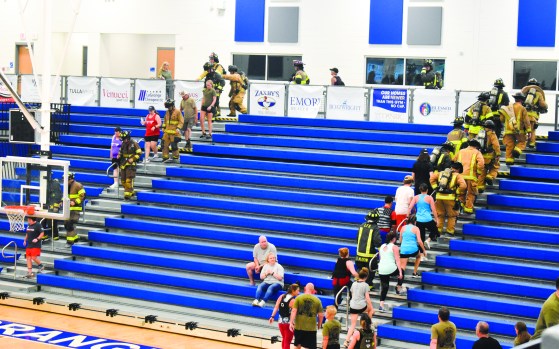 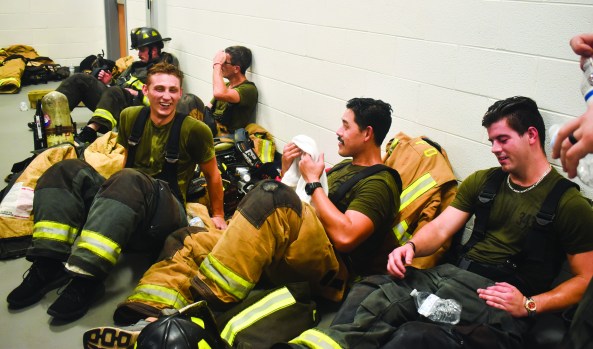 The LaGrange High School Sports complex was packed with nearly 100 individuals — most of whom were firefighters or family of firefighters — who took part in the third annual Sept. 11 Memorial Stair Climb Challenge on Saturday morning.

This year marked the 20th anniversary of the 9/11 attacks, and the LaGrange Fire Department recognized the day by continuing what’s become a tradition.

John Brant, chief of the LaGrange Fire Department, was only six years into his current 26-year career as a firefighter the day the attacks happened. He, like many of his fellow firefighters locally and across the nation, were not sure just what was going on in New York, but the news images were haunting enough that he and his team knew they needed to step up.

The LaGrange Fire Department formulated a team to go to New York and assist in the recovery efforts, Brant recalled. He was not part of that team, but he worked for the people who did go, contributing to the rescue efforts from afar.

Now, Brant has watched the various programs the History Channel and National Geographic have put on during the last several weeks

“It’s important that, after this happened, the motto was ‘we will never forget’ and after 20 years it’s very important that we keep that legacy going on and that we never forget those sacrifices these folks made,” Brant said.

Those who participated in the challenge went up and down the staircases in the complex 110 times —signifying the 110 flights of stairs firefighters climbed inside World Trade Center buildings. — while radio traffic from that day played over the intercoms.

Firefighters trudged up and down the flight of stairs in full-uniform, and some carried heavy hoses and oxygen equipment on their backs.

Alongside the firefighters were citizens of the area, spouses or family members of public safety officers.

One such participant was Anna Brazell, wife of Lt. Bill Brazell with the LaGrange Fire Department. Brazell not only completed the challenge, but did so with her three-year-old daughter, Emily, on her back the whole way. Her other daughter, five-year-old Riley, took the challenge as well, at times by her mother’s side and other times beside her full-uniformed father.

Though exhausted from the ordeal, Anna was proud to take the challenge alongside her husband and his comrades.

“The fire department is a family, so those guys who risked their lives [and] lost their lives in New York, that’s our family too,” Brazell said.

“So [I did the challenge] for them [and] for these guys here.”

Funds obtained from the event will go to the Terry Farrell Firefighter Fund, a charity that assists firefighters and their families with financial, education and medical needs.

For Brant, it’s a worthy cause for the firefighters near and far who put their lives on the line every day.

“As a chief, every time that [siren] goes out and these folks go out, they’re putting their life on the line for [the] citizens of LaGrange, and it is scary because we never know what’s going to happen,” he said.