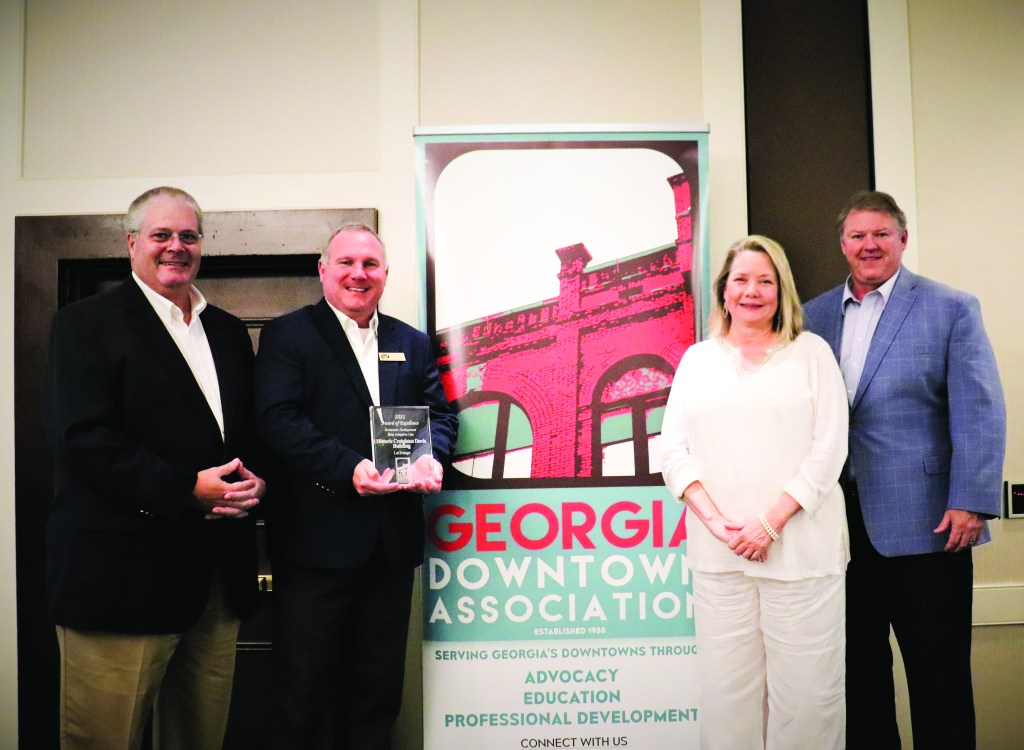 The construction company saved and refurbished the over 140-year-old building, which currently houses Ressa’s Unique Boutique on the main floor, and the top floor is currently being renovated to become an apartment.

In the summer of 2017, the north corner of the roof of the building collapsed due to rot, possible termite damage and old age, said Leon Moody, the owner of the construction company.

After years of failed attempts to have the damaged building repaired, the owner reluctantly approached the City of LaGrange’s Historic Preservation Committee and asked for permission to demolish the historic building, which was built in 1875.

The committee granted the permission, according to a press release from Downtown LaGrange Development Authority, feeling that there was no way to save the building. It was the committee’s opinion that the appearance of the building was a blight on downtown and the condition of the building had become a safety hazard for the surrounding properties and citizens.

However, Moody inspected the structure prior to demolition and asked the owner’s permission to have his structural engineers look it over to see if the building could be saved instead of demolished.

The engineers came up with a plan to repair and restore the building, and today it is back in use as a boutique with the potential for loft living space, named the Lafayette Loft, on the second floor, which includes a full bathroom and kitchenette.

A great deal of work went into making the building suitable for inhabitation, Moody said.

“When we got the building, the second floor and the room had collapsed on the Ridley Avenue side,” Moony said.

“We had to put a steel frame inside the building to carry the weight of the first and second floor. We put a new room on it and put in new windows on the second floor because they had all fallen out.”

The contractors additionally had to build out the first floor to include a new stairwell and bathroom for the boutique. The second floor’s original pine flooring was also saved.

The City of LaGrange has just completed creating a pocket park area next to the building and it will feature an area for outdoor dining and cell phone charging stations. Moody to the second story of the building renovated by the end of next week.