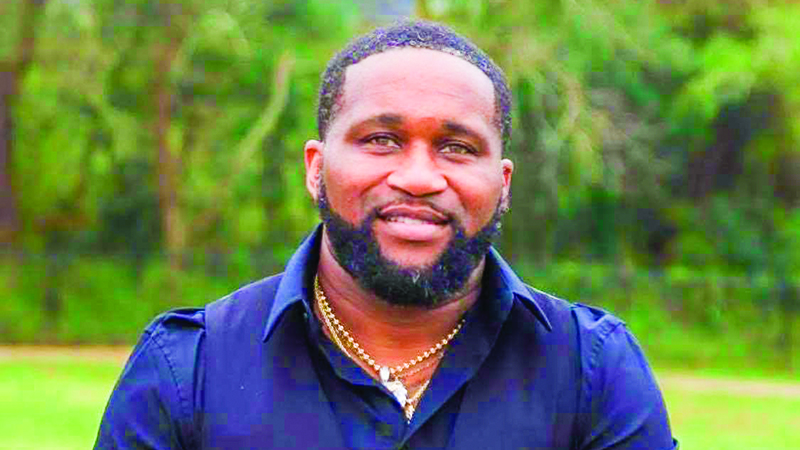 When Anthony Talley saw that an old high school friend was in need of a bit of help, some late-night thinking helped him create a new initiative that helped her and continues to benefit other members of the LaGrange community.

Talley, a father of two, began his program, $1 Thursday, in 2017, and is using the platform to help people with afflictions such as paying medical expenses or even gathering the funds together for a new vehicle.

Talley’s efforts were recently highlighted on a new ABC News series titled ‘America Strong,’ a spin-off of a “World News Tonight” segment of the same name. The segment aired Monday at the beginning of the show.

In the spin-off’s first segment featuring Talley, he goes into the story of losing two children and how the loss felt like a test from God.

In 2017, he ran into a high school friend who was having hardships, he recalled. That night, Talley said a voice came to him in his sleep whispering “$1 Thursday,” and he subsequently sent the word out on Facebook about the friend’s needs and set up a Cash App account to accept funds for her.

Shortly after, the community donated $120 to help her, and he was inspired to push the program further to see who else he could help.

“These [donations] are all from people who have the means to donate,” Talley said.

“I’ve let the money speak for itself.”

During the last few years, he’s used his platform to help a Lupus patient who is a local barber in LaGrange and gathered over $2,000 for him. His biggest accomplishment to date includes an $8,000 donation to a man who lost his family and home after a fire, per the news segment.

His most recent project includes helping out a woman who was in a car accident gain the funds to finish payments on the car. So far, he’s earned about $1,000 for her, and he entered her name car giveaway at Kia of LaGrange in hopes of putting her in a new car.

Talley said he’d like to include larger organizations and businesses in the community, as well as other members of the community to help others wherever they can.

“I would love to be in the position where I could do this full-time,” said Talley, who works for Diverse Power. “It fuels me. My goal is to change the world.”

Donations to $1 Thursdays can be received via Cash app at $AnthonyMauriceTalley or Venmo at @Anthony-Talley-9.