LaGrange leads by 41 at half, cruises to win 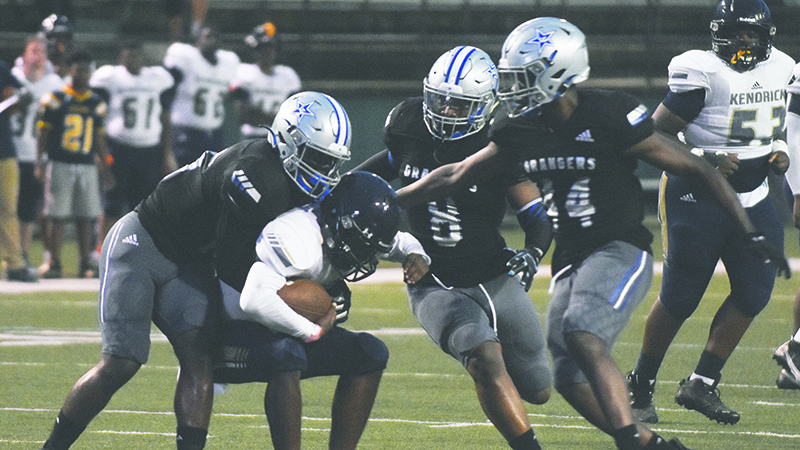 LaGrange (4-0) kept its dominant start to the season going Friday night with a 48-6 victory over Kendrick.

The Grangers led 28-0 early in the second quarter in a game where they controlled the action from start to finish.

A.J. Tucker opened the scoring with a 12-yard touchdown rush, and Magic Johnson followed with an 18-yard score to put LaGrange up 14-0.

On the next possession, Kendrick was forced to punt deep in its own territory, and the situation only got worse. The Kendrick punter dropped the ball and was forced to fall on it at the 5-yard line, setting the Grangers up for another touchdown.

Asa Leath scored on that drive, putting LaGrange up 21-0 with 1:20 left in the first quarter.

Kendrick moved the ball on its next drive, but quarterback Jaiden Carter fumbled at the end of a long run. LaGrange recovered, setting Tucker up for a 43-yard touchdown run to put LaGrange up four touchdowns.

Leath scored again on a 5-yard touchdown run with 4:22 left in the first half. Tucker added another rushing touchdown — his third of the first half — and LaGrange held a 41-0 advantage at the half.