SOS Cleaners to close in October after 60 years 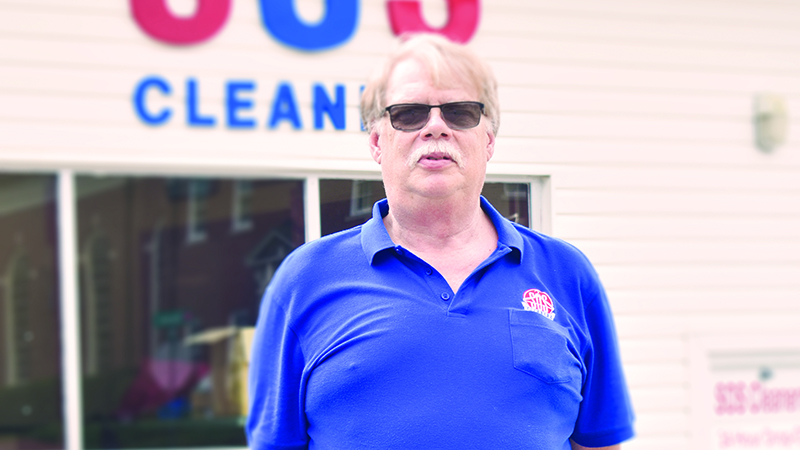 Another long-serving business in the community will soon close its doors for good.

SOS Cleaners, a dry cleaning business that has been in LaGrange for over 60 years, will officially close on October 11, as stated by the business’s owner, Mark Hinson.

SOS Cleaners will continue taking orders until Sept. 29 and will also use the time to allow any customers to pick up any garments they might have left behind at the cleaners.

Hinson said that the purpose for closing the long-standing business was due to his wish to retire with the approach of his 66th birthday, but he also gives credits to changing trends in the business itself and the COVID-19 pandemic’s impact on the market and his clientele.

“People don’t get dressed up to go to work, funerals or churches anymore,” he said, adding that many people tend to do many at-home remedies for clothes care that have various results. “Everything is casual these days.”

SOS Cleaners opened its doors on August 15, 1960, at what was then 4 East Court Square in downtown LaGrange.

“It was originally my father, his brother and a bunch of other guys that got together and started a dry cleaning chain,” Hinson said. “But by the 1970s, that dispersed, and everybody got their own.”

Hinson recalls the 1990’s as a booming time for his business and the industry in general, but things began to slide as the new century began to bloom.

This acted as SOS Cleaner’s “heyday” as Hinson calls it, when LaGrange had an energetic industrial park that has since softened. He added that like other businesses he was excited when KIA came into the area, hoping the influx of newcomers would equal increased business for him, but that never quite came into play, he said.

“Back in the ’90s, LaGrange had about seven dry cleaners but now it has maybe two or three, and now it only has two,” he said. “Then, 9/11 hit, and things crapped out then. It began to plateau before then, but 9/11 shut everything down.”

Another major blow to his industry presented itself in the form of Dryel, a manufactured at-home dry cleaning solution that is activated in one’s dryer. The company’s website describes the product as having the ability to “save up to 90% of the cost of dry cleaning.”

“It might cost more to dry clean that garment than to it is to buy it,” Hinson said. “Unfortunately, that’s true. It’s not our fault and we don’t want to charge as much as we do but we’ve got to cover it.”

Clothing manufacturers as well have attributed to at-home methods, changing the one constant dry clean only tag on the back of suits and gowns to spot clean, deleting the middle man.

Despite these blows, the last few years particularly presented good and bad weeks for SOS Cleaners.

Recently, the business gained a handful of new customers and has managed to maintain a few long-time customers.

And then the pandemic happened.

“Unfortunately, we lost some to COVID,” Hinson said. “And over time, we just lose some [in general]. Thank God for those long-time customers.”

The building housing the business is under contract, Hinson said, and he’s not entirely sure what will become of it once its out of his hands.

“I was hoping to sell this place, but COVID messed that up too,” he said.