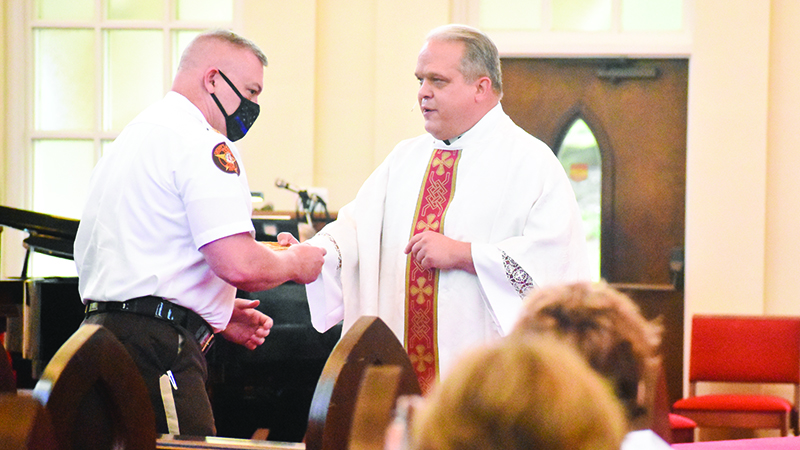 A unique Mass service took place at the St. Peter’s Catholic Church Thursday night. Filling the rows of pews were not only regular attendees to the weekly service but also LaGrange Police Department and Troup County Sheriff’s Office officers and EMT’s, still dressed in full uniforms following a day of work.

The service was the church’s annual Blue Mass, a time of honoring the first responders in the area regardless if they are members of the Catholic faith or not.

This years’ service also paid homage to the 20th anniversary of the 9/11 attacks and the first responders who lost their lives that day as well as the families of those that were left behind and those who continue to serve.

“…when I hear sirens in the community, I always say a prayer for the EMT’s and firefighters who always do an outstanding job,” said the church’s pastor, Father Tim Gadziala.

LPD Chief Lou Dekmar gave the first reading of the service from Romans 12:1-2, which speaks of offering one’s body as a “living sacrifice.”

During the service, Gadziala bestowed to the servicemen blessed St. Michael prayer cards. St. Michael, also known as the Archangel, acts as the defender of the church.