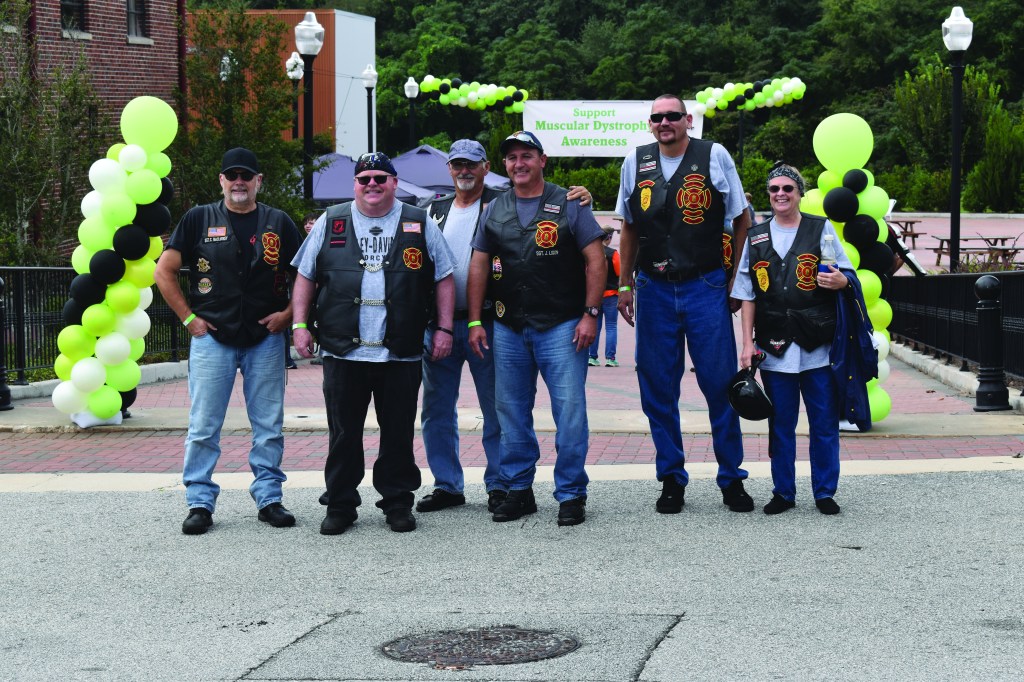 On Saturday, bikers rode from Newnan to Overlook Plaza in LaGrange to raise money during the 2021 Ride for Casey’s Cure.

The event, which started at Great South Harley Davidson in Newnan, raised a total of $1,062 for the Foundation for Casey’s Cure, Inc., a federally recognized 501(c)3 organization that advocates for patients with rare forms of muscular dystrophy and promotes research on rare subtypes of the disease in the U.S.

According to its founder, Chris Duane, the money will be used to help pay for a research proposal and development of a treatment plan for her daughter, Casey Duffield, who has an ultra-rare form of muscular dystrophy she inherited from her father.

Duane said in a previous interview that it’s extremely important to get Duffield to the researcher as soon as possible to hopefully stop and possibly reverse the progression of her disease. She said the last five to seven years of Duffield’s father’s life were very painful.

Fortunately, Duffield was able to enjoy the event. She rode a motorcycle for the first time with Blevins and the Red Knights, saying it was exhilarating.

“I am super excited and grateful for all the community support and dedication and love we have received from the community and from all the supporters that have come to make it happen today,” Duffield said. “We’re looking forward to making it an annual event and can’t wait to make it help spread the awareness and bring muscular dystrophy into the limelight.”

In the plaza, Wild Leap and Beacon Brewing Co. sold drinks, food was available from a Wich Way Sandwiches food truck and King of Pops sold ice pops. There was a door prize table and a 50/50 booth for a chance to enter a drawing for a pot of money would be split between a winner and Casey’s Cure.

The ride was organized by Vince Blevins from Chapter 8 of the Red Knights, a motorcycle group composed of past and present firefighters and their families. Blevins is a retired Troup County firefighter, according to Duane.

Blevins said the weather during the ride was good.

“We just had a little bit of rain, sprinkles, but we couldn’t have asked for a better day,” he said.

“For the first ride this year, it was great. We’re going to be doing this annually, and every year, it’s going to grow and grow, to get bigger.”

Blevins said he organized the ride because the cause was a good one and because Duffield, for whom Casey’s Cure is named,, is a “fantastic person.”

Sgt. C. McCluskey of Chapter 3 of the Red Knights said the ride was very picturesque.

“We went down roads that I’ve never been down,” he said. “There were slow country roads, great scenery.”

Besides the Red Knights Georgia, Chapter 8, other event supporters and sponsors were RE/MAX Results/Rob Upchurch, Great South Harley Davidson in Newnan, Callaway Foundation, The Lions Club of LaGrange, the LaGrange Fire Department, and Wellstar Hospital System, according to the Eventbrite page for the event.