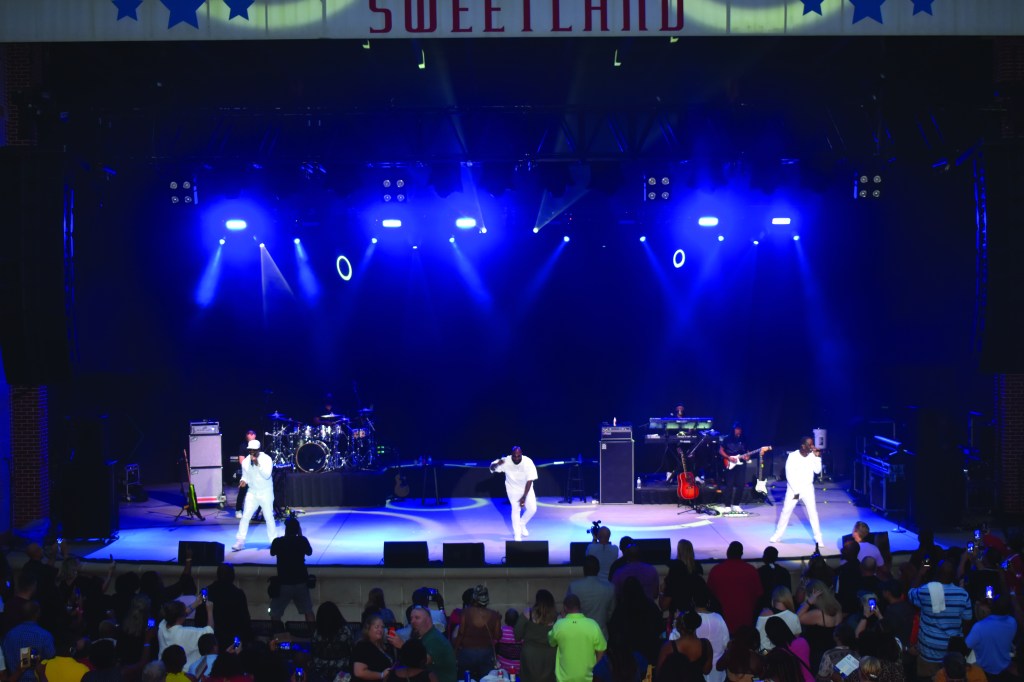 Many of them considered the singing group nostalgic.

“I listened to Boyz II Men growing up, and their music has always been feel-good kind of music, and I can’t believe it’s this close to my home,” Krista Hollinger said.

Onteria Foster said she’s enjoyed Boyz II Men since they came out with “Motownphilly.” However, her favorite song by the group is “Doin’ Just Fine.”

“It’s a song about relationships, about breaking up and how he kind of got his life back together afterward,” she said. “He didn’t think he was going to make it, but he did.”

“Me and my boys, my girl, my family just all came out to have a good time listening to Boyz II Men,” he said. “I grew up on them.”

Nick Griffin, who was attending the concert with Whitfield, said his favorite songs by Boyz II Men are “Doin’ Just Fine,” “A Song For Mama,” and “End of the Road.”

When the music started, many in the audience got up to dance.

They are the best-selling R&B group of all time, having sold 64 million albums.