Columbus makes it interesting, but Troup pulls away in second half for key region win 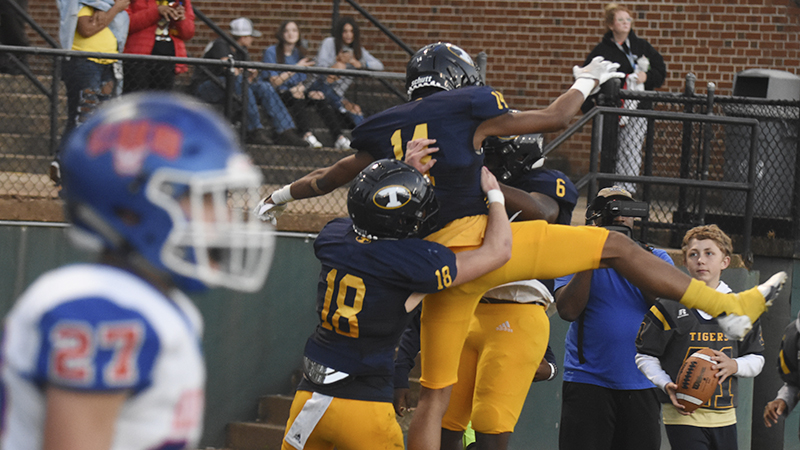 In the final minutes of the first half, it appeared Troup would have an easy time with Columbus on Friday night at Callaway Stadium.

The Blue Devils scored a touchdown right before the half, then caught a good break on a second touchdown in the opening seconds of the second quarter. On that play, a pass sailed through the hands of an open Columbus receiver and went right into the hands of another receiver, who streaked down the sideline for a touchdown from at least 70-yards out.

But Troup dominated from that point forward, with TJ Mitchell and Javari Fannin adding second half scores to give the Tigers a hard-earned 38-14 victory.

The win moves the Tigers (4-1) to 3-0 in class AAA, region 2 standings and tied with Carver for first place.

The first half was all Troup until the final minute.

After recovering a Columbus fumble, Fannin ran it in from 5 yards out to put Troup up 10-0 with 10:29 left in the second quarter.

Later in the quarter, Troup quarterback Tyson Duncan connected with Ivyon Hargrow down the sidelines to inside the Columbus 20. Two plays later, the duo connected again for a 22-yard touchdown that put the Tigers up 17-0. On the play, Duncan put the ball right on the money, and Hargrow made sure to stay inbounds in the corner of the end zone.

Troup will celebrate homecoming next week in a game against Kendrick on Friday night.