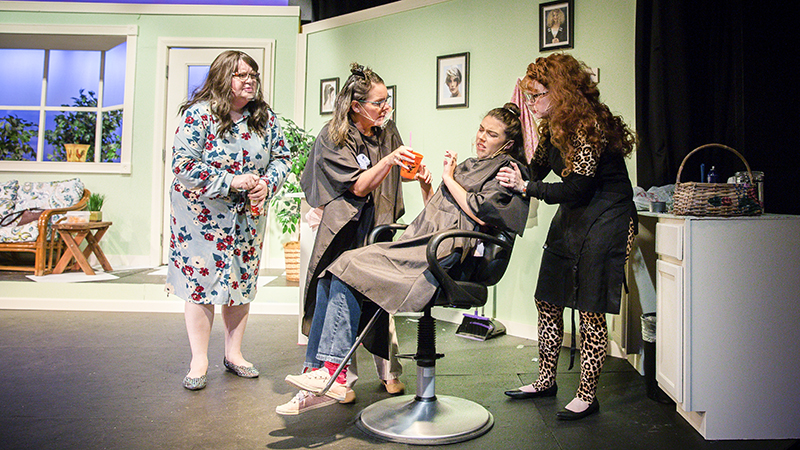 The Lafayette Theatre Company will present Steel Magnolias for a two-weekend performance Sept.23 – 25 and Sept. 30 – Oct. 3 at the Lafayette Society for Performing Arts’ Black Box Theatre.

There will be a more socially distanced option for the second Thursday performance on Sept. 30, according to a press release from the company.

The production Steel Magnolias is a stage play by American writer Robert Harling, based on his experience with his sister’s death. The play is a comedy-drama about the bond among a group of Southern women in northwest Louisiana. The title suggests the “female characters are as delicate as magnolias but as tough as steel”.

“Steel Magnolias has always been among my favorite plays,” said play Director Jeff Sargent. “It is well-crafted, has some great comic lines and situations, and it features six strong women which is the most appealing aspect of the play to me. I have been fortunate enough to have found six strong women to play the six characters. Their strength is featured throughout the show but is particularly shown in the final scenes. Most people know the story, but this cast brings freshness to the roles rather than copying the movie actors. Each cast member has found a new way to portray these wonderful characters.”

The plot of the play covers events over a three-year time span relating to one of the main characters, Shelby’s, diagnosis of Type 1 diabetes and how the six women in the story cope with their conflicts, while remaining friends: Shelby’s decision to have a child despite jeopardizing her health, Clairee’s friendship with the curmudgeon Ouiser; Annelle’s transformation from a shy, anxious newcomer in town to a good-time girl then repentant revival-tent Christian; and Truvy’s relationships with the men in her family. Although the main storyline involves Shelby, her mother M’Lynn, and Shelby’s medical battles, the group’s underlying friendship is prominent throughout the drama with flares of drama and comedy throughout the entire show.

The play originally opened off-Broadway with one set and an all-female cast at the WPA Theatre, in New York City, on March 28, 1987. It has since been adapted for smaller productions across the United States. A highly-acclaimed film production was made in 1989, followed by a remake in 2012 featuring an all-black cast.

Tickets for all shows can be purchased online at www.lsparts.org, by emailing info@lsparts.org or by calling LSPA at (706)882-9909 during business hours. Masks are required for this performance and will also be worn by the cast of the show. The house opens one hour before performances. Guests are invited to bring food or drinks to enjoy before the show. Concessions are available at each show. Alcohol will not be sold for this show, but guests are welcome to bring their own.