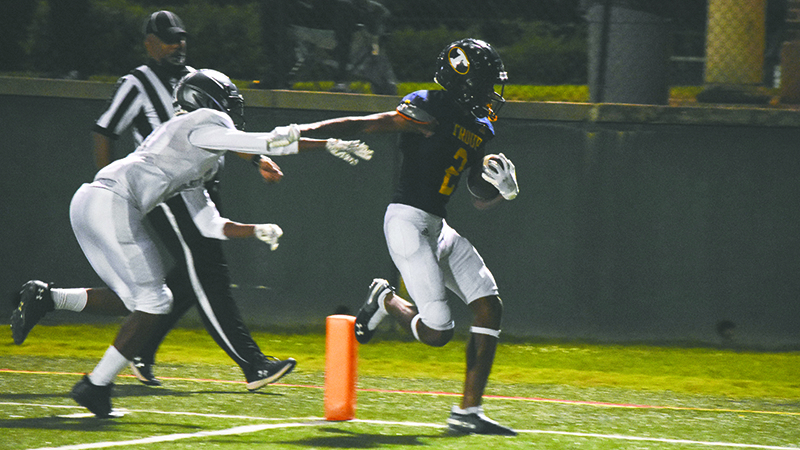 Troup High School football coach Tanner Glisson was covered in Gatorade by the end of the night and his Tigers were celebrating not only a win, but a milestone for their head coach.

The Tigers (6-1) scored early and often, taking a 28-0 lead into the break, and setting up a massive game against Carver (5-1) next week. Both teams are undefeated in class AAAA, region 2, and the winner of next week’s game will be in first place in the region.

Dwartney Wortham had an unbelievable night, scoring the first three Tigers touchdowns on three receptions. The second one was an unbelievable grab over two defenders in the corner of the end zone. It was the Tigers third try for quarterback Taeo Todd to connect with Wortham on the drive. He’d actually caught the other passes too, but on one a penalty brought the score back, and on the second one he was ruled out of bounds.

The third time was the charm.

Todd threw a fourth touchdown in the first half to Iyvon Hargrow to put the Tigers up four scores.

Cody Bray made a 44-yard field goal and Javari Fannin scored on a 5-yard touchdown run in the fourth to make the final score 37-0.