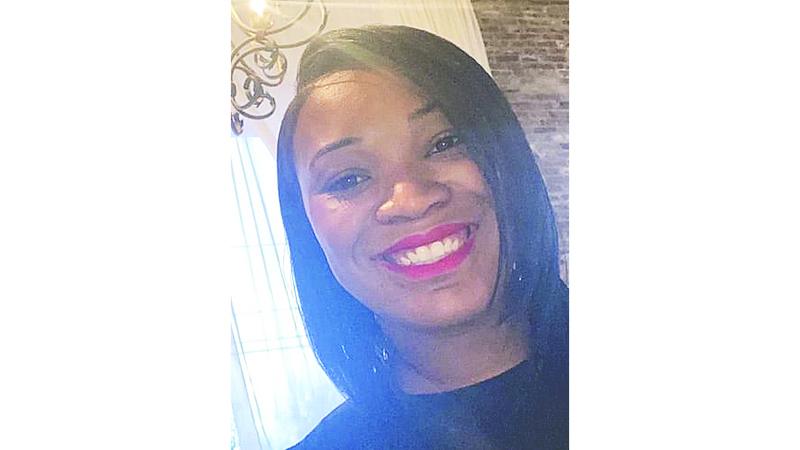 This weekend would have been a celebratory day for the family of Akeila Ware as the LaGrange native turned 29-years-old.

But instead of a party, Ware will be laid to rest Saturday after the mother of five — soon to be six — was shot and killed earlier this month near the intersection of Highway 219 and Highway 18.

She was approximately 33 weeks pregnant at the time of her murder, according to the Troup County Sheriff’s Office.

Ware’s friends and family remember her as a caring friend and loving mother. She was a long-time resident of Troup County who attended both Gardner Newman Middle School and Troup High School. Ware later received her GED in Troup County.

“I want everybody to know that she was a mother, a daughter, and she loved life,” Frank Ware, Ware’s father. “She was going places,”

Ware was a nurse for Home Healthcare, according to her father.

Jabari Watson, Ware’s friend of nine years, said Ware was very ambitious, especially when she was working to become a nurse.

“We would be sitting there eating, and she’d give me a list of flashcards. She would be like, ‘OK, now I need you to read these questions and the answers at the bottom and see if I get it right,’” he said.

He said she always had the drive to be successful, no matter what she was doing in her life.

“Once she said it, she started looking into it, like, ‘how can I make this dream a reality?’ Watson said.

He said she also wanted the best for her children.

“She was ready for the sweet sixteen and the prom,” he recalled. “She wanted to make sure when all that came, she was in a position to go above and beyond. She was definitely focused on giving her kids the world. She was working on it.”

Ware played a variety of sports when growing up in Troup County, including basketball and softball. As an adult, she played on Tru Dynasty, a local kickball team that competed on Sundays. The team even qualified for the championship game one year, according to Kei-Aerea Denson, a teammate and friend of Ware’s.

Denson reflected on Ware’s role within the team.

“She was the go-to or the one that makes you smile if you had a bad day, like ‘Oh, don’t worry about it’,” Denson said. “She was a silly person. She was going to make you laugh even when you didn’t want to.”

Denson said sometimes Ware’s kids would go to games to support her and the team. She said it was a reminder of how much Ware’s children mean to her. Denson said Ware was the kind of person who would do anything she could to help her friends.

“She didn’t have a mean bone in her body,” she said.  “She really was one of a kind. She loved her kids and she loved her family. If she had it, she gave it to you. If she didn’t, she was like ‘hey, I’m going to try and get it’. She was just genuine and you don’t find people like her in this day and age.”

Watson expressed a similar sentiment when talking about Ware.

Watson said she also encouraged people to be themselves.

“She didn’t ever want people to feel like they had to be put in a bubble,” Watson said. “She wanted everybody to be an individual and enjoy life, enjoy yourself. If this is this is what’s making you happy, [and] it’s not hurting anybody, enjoy it.”

Alonza Dargan Jr., the father of the unborn child, has been arrested and charged with murder, feticide and possession of a firearm during the commission of a crime. Dargan, who is from LaGrange but in the U.S. Army, was stationed at Fort Bragg in North Carolina.

Watson said his friend’s life ended much too soon.

“I just honestly feel like her life got cut off at the beginning when it was just about to blossom into everything she worked so hard to make it,” he said.

Ware’s funeral will be held Saturday at Louise United Methodist, the same church she attended with her grandmother. growing up.