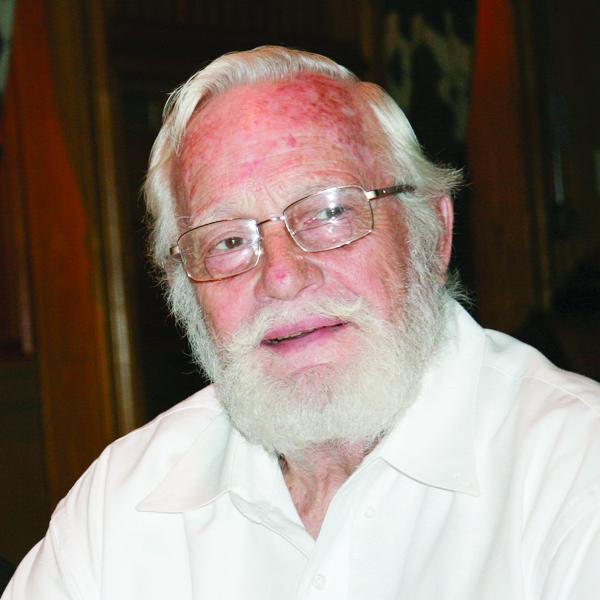 The Rev. Dr. David L. Funk, 91, formerly of LaGrange, passed away peacefully on Wednesday, Oct. 6, 2021, at the home of his daughter Debbie Sywak in Marietta. David Funk the son of the late Paul and Mary Funk, was born in Buckhannon, West Virginia.

David met his lifelong sweetheart Mary Kathryn Zahn in Columbus, Ohio where they married in 1952 at the King Avenue Methodist Church. They were blessed with four loving children, Jennifer, David, Stephen and Debbie.

He graduated from Ohio State University with a BS in Social Administration and also participated in the ROTC program of the United States Armed Forces. Following graduation from OSU, he attended Seminary at Boston University’s School of Theology, and was ordained and sent to serve in Southwestern Ohio. From 1956 -1958, the Rev. Funk served as Korean Headquarters Chaplin, 2nd Lieutenant in the 7th Division Artillery, headquartered near the Demilitarized zone (DMZ) in Korea. David was honorably discharged in 1961 at the rank of Captain.

David and his wife Mary settled with their children in the Midwest where he earned a Doctor of Ministry from Eden Theological Seminary in Missouri. He became a pastoral counselor serving communities in Missouri, Ohio, Tennessee and Georgia. In 1985, David and Mary settled in LaGrange, Georgia, where they lived until 2017. They were members of the First United Methodist Church of LaGrange and active in the community.

If you knew David you might remember the love he had for collecting toys, especially cars and trucks. You could often find David out in his shop; give him a hammer and a saw, and he could build anything you wanted, and he often did.  David practiced random acts of kindness, and he was a social humanitarian.

He and Mary donated and supported organizations such as Head Start, shelters for battered women and the homeless and the Humane Society.

Some of his most joyous times were when he and Mary took on the role of Santa and Mrs. Claus for the holidays. They brought much joy and happy memories to many children of LaGrange for many years.

The Reverend Funk is preceded in death by his parents, wife Mary, and son, David. He is survived by his children, Jennifer Lloyd, Stephen Funk, Deborah Sywak and daughter-in-law Jane Funk.

In lieu of flowers please make donations to a charity of your choice.