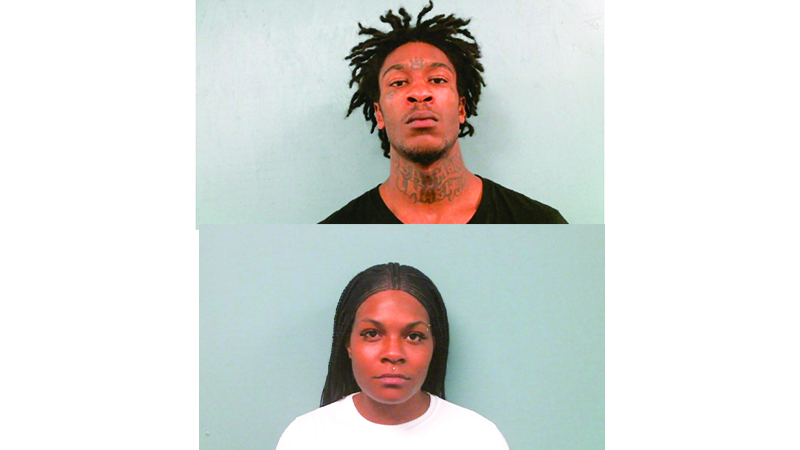 Two individuals were arrested over the weekend following a firearm-for-sale gone wrong.

Tadarious McCutcheon, 23, and Brittany Temple, 29, were arrested and charged with armed robbery and aggravated assault after allegedly striking one of the victims of the incident and stealing the firearm included in the sale, according to a press release from the LaGrange Police Department.

The LPD responded to a report of an armed robbery in the area of Lexington Park Dr. at Steeple Chase on Saturday, Oct. 16, shortly before 2 p.m. Upon their arrival, officers found the victim in the incident, a man, injured in a yard on Nashua Drive.

According to the press release, the victim told police he had abandoned his vehicle in the roadway at Lexington Park Drive and Steeple Chase Drive and ran to the location on Nashua Drive.

He reported that he was meeting a subject regarding the sale of a firearm in his possession. Before the sale could be completed, two black males and one black female in a red vehicle arrived. The victim told LPD that one of the black males pulled out a gun, struck him on the head, and took the firearm-for-sale from the trunk of his vehicle.

All three subjects fled the area. McCutcheon and Temple were later apprehended.

The victim was transported via ambulance to the WellStar West Georgia Medical Center, where he was treated and later released.

McCutcheon was on active probation at the time of this incident for theft by receiving stolen property, gang participation, carrying a pistol without a permit and obstruction, per the release.

Temple was on active probation at the time of this incident for interference with government property and obstruction of law enforcement.