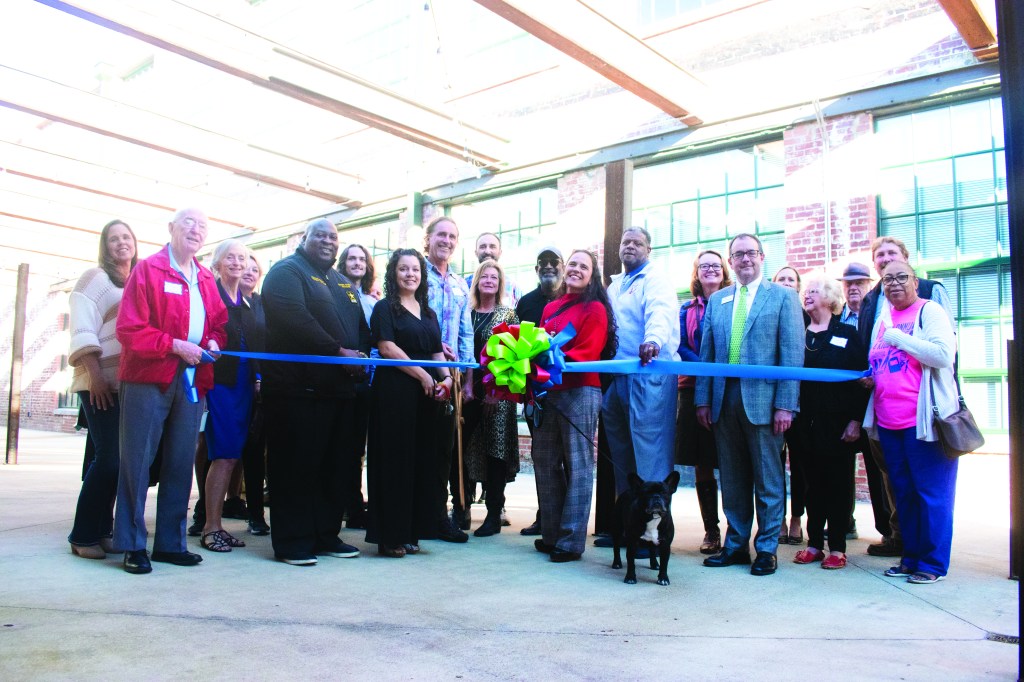 In 2018, Pace Burt began the process of turning the over a century-old Dixie Cotton Mill into the Lofts, a series of historically incorporated high-end apartments on Greenville Street.

On Tuesday, he, as well as a host of area community members and visiting guests from outside of the area, joined together to celebrate the complex’s near-capacity residency, as well as Burt’s efforts in successfully repurposing the historic mill.

“We appreciate the leap of faith and the creativity that it took to take a 100-year-old plus mill that could have easily become an eyesore along Greenville Street corridor and turn it into something beautiful, and more importantly, turned into housing for our residents,” said LaGrange Mayor Jim Thornton during the Loft’s ribbon cutting. “Housing, especially multi-family housing, is something that LaGrange has needed for some time.”

In 2019, the LaGrange City Council granted Burt’s request to rezone 710 Greenville Street from G-I (general industrial) to C-1 (neighborhood commercial) in order to allow him to repurpose the former Dixie Mill structure into loft apartments. The building had long been sitting as a fabric storage facility for its previous owner, John Knox, who owns two additional mills in the county, Burt noted.

Troup County’s history with mills stretches back as far as the Civil War-ear, according to VisitLaGrange, with the first industries in the county being grist mills, flour mills, sawmills and blacksmith shops. Eleven mills still exist in Troup County. Dixie Cotton Mills was founded in 1895.

“When you’re dealing with the state and historic preservation office, they’re very detailed on what you can do,” Burt said. “You have to get a green light on anything that you take out that’s significant to the project.”

The 106-unit complex seamlessly repurposes the mill structure’s historic charm, incorporating the original brick walls, wooden beams and flooring. Aspects of the building, such as the floor-to-ceiling windows, are repurposed with soundproof-like glass to deter the sound of the passing train located mere feet from the complex. Scaled along the brick walls are bricked in windows, a testament to the building’s previous use.

Some of the brick walls still have lead-based paint from its earlier days, but removing the paint could ultimately damage the bricks, Burt said.

The project as a whole cost roughly $16 million, essentially $150,000 a unit, but Burt was able to incorporate historic tax credits to subset some of the costs.