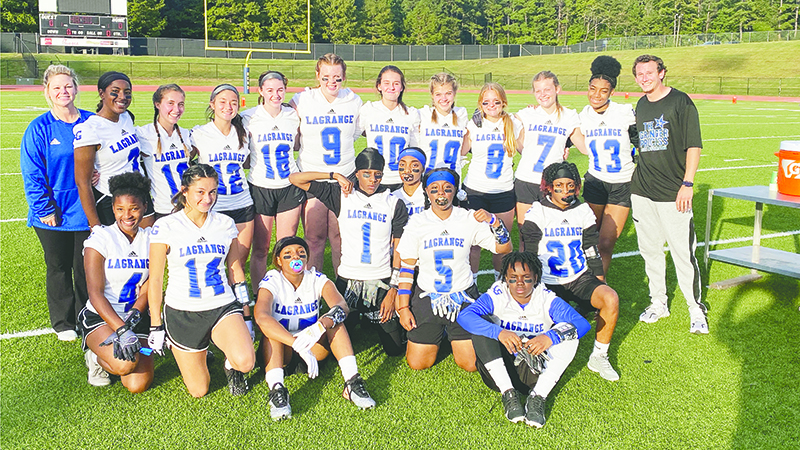 All three high schools in Troup County have a brand-new female sport, and it’s very popular so far.

LaGrange High played its first flag football game on Tuesday night against Carver. The team was dominant in a 27-6 victory.

Callaway High also played its first game Tuesday night, and Troup High is also expected to have a team, though it hasn’t taken the field yet.

The new flag football teams are the direct result of an athletic survey conducted within Troup County Schools in January 2021. The survey asked students what sports they currently participated in and what sports they would like to see added to TCSS.

“We were interested in trying to develop some additional sports for our students, and to provide some opportunities for students who may not be involved in some other sport or activity. Flag football was one of those,” said Steven Heaton, athletic director for the Troup County School System.

Out of the 3,042 respondents, e-sports had the largest response as 1,116 students said they would like to see it added Troup County.

As a result of the survey, Softball and soccer were added to the middle schools as well.

Jim Reed, LHS’s softball and flag football coach, reflected on getting the team started as well as the first game in an interview with The Lagrange Daily News.

“I had 62 girls try out, which was a huge turnout and way more than I expected. Then, I cut that down to 23 girls and then we started practicing the following week after that,” Reed said.

Reed also emphasized the value the flag football team brought to not only the school but the players as well.

“This give girls an opportunity to get involved in a sport and they may play with people that they’ve never played with before. Our team is so diverse between different cultural backgrounds, different races and different sport backgrounds,” Reed said.

The flag football season will continue until November of this year with LHS’s next game being against Harris County at 6 p.m. on Oct. 25.