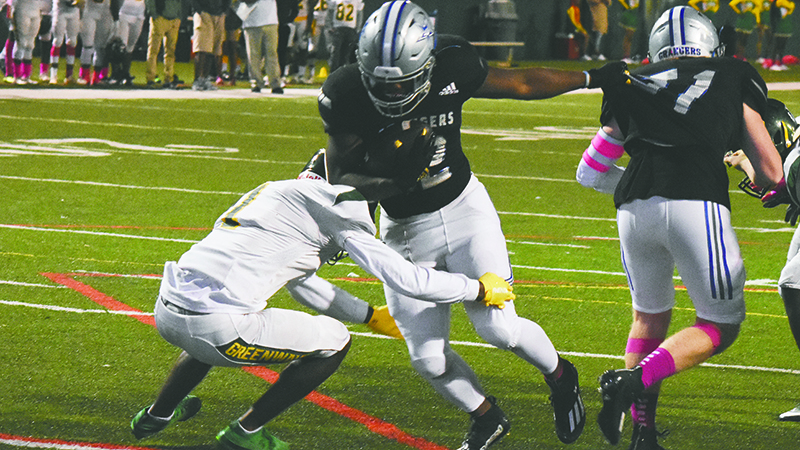 Spencer kept it interesting for a while — probably longer than many at Callaway Stadium wanted — but LaGrange High eventually pulled away and kept its distance in a 55-26 win on Friday night.

But Spencer wasn’t going away.

Spencer quarterback Darquavious Stephens connected with wide receiver Javorris Brown on several key third down conversions in the first half. The biggest was a 39-yard touchdown pass that pulled Spencer within 13-6 with 5:36 left in the second quarter.

LHS answered right away, scoring on the next offensive play. Tucker ran it right up the middle, 48 yards, to put the Grangers up 20-6 with 5:21 left in the second quarter.

The next Spencer drive was sparked by another great play by Brown, putting Spencer inside the LHS 30. However, the Grangers defense came up big, stopping the Greenwave from gaining anymore ground. Spencer turned it over on downs when Stephens fourth down pass was incomplete.

On the next drive, LHS struck quickly again. On the second play, Snead threw a 75-yard touchdown pass to Kobe Jones, who outran the defense and made it 27-6 Grangers with 1:36 left in the first half. 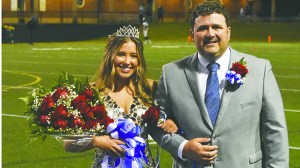 Homecoming queen Julie Arrington poses for a picture with her father, Jonathan.

Tucker started the second half scoring with a 6-yard touchdown run to make it a 26-point game.

Spencer answered with a Corey Davidson touchdown rush from 26 yards out to make it 33-12. Spencer then recovered the ensuing onside kick and got within 33-18 when Stephens threw another touchdown, making the score 33-20.

As the Grangers had all night, they answered again. Tucker scored one more time — this time from 13 yards out — to make the score 39-20. He also added the two-point conversion and it was 41-20 Grangers. 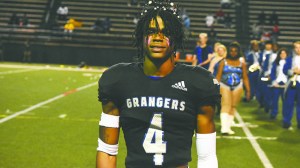 It was all LaGrange from there.

Jonathan Keys scored the next touchdown on a 37-yard touchdown rush to make the score 48-20, and Donovan Fountain put the finishing touches on the win with a 20-yard interception return for a touchdown to make it 55-20.

Spencer added a late touchdown to make the final score 55-26.

The Grangers will play Troup High next week at Callaway Stadium.