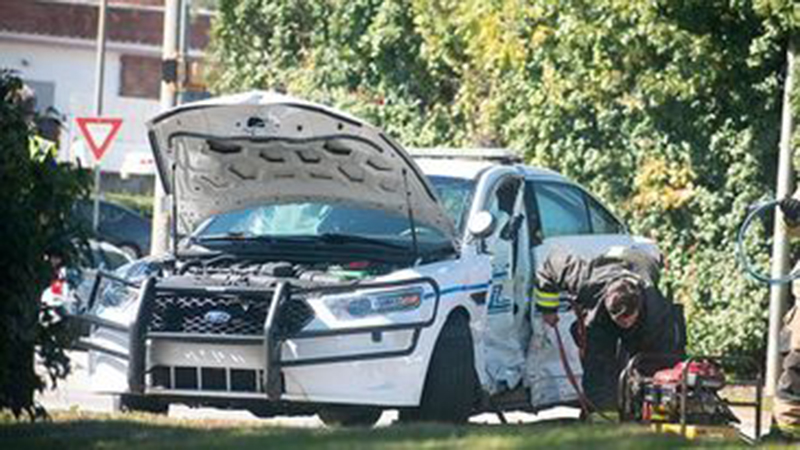 An officer with the LaGrange Police Department was issued a traffic citation after causing a wreck with another vehicle Friday afternoon near the intersection of Lafayette Parkway and Morgan Street.

Neither the involved officer, Corp. Robert “Robbie” Hall, or the civilian were severely injured and neither had to be transported for medical attention.

Lt. Marshall McCoy said Hall was making an improper U-turn when the driver of the second vehicle hit him in the driver’s side of the police cruiser, ultimately causing a T-bone collision. Hall was unable to exit the vehicle via the driver’s side door but exited from another door.

After a brief investigation, Hall was deemed at fault and was issued the traffic citation.

“We [do] not treat the officer any different than we would any other driver,” McCoy said.

Officers on scene later took the second driver home. Lafayette Parkway was reopened to traffic after the accident was cleared from the roadway.