Anthony Bernard Carter was buried in a cardboard coffin with no marker. Forty years later, he has finally received a headstone. 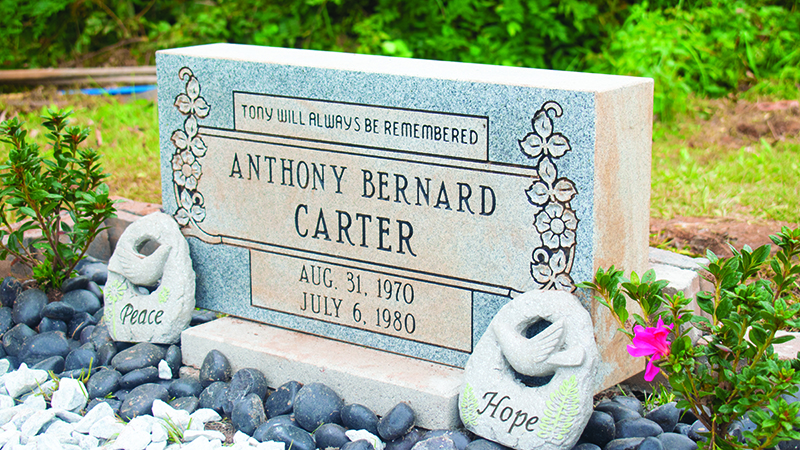 HOGANSVILLE — To outsiders, it’s a simple headstone. For the family of 9-year-old Anthony “Tony” Bernard Carter, it’s a new chapter for healing and for finding peace to an over 40-year-old murder.

In 1976, Carter, a Hogansville native and one of the suspected 28 victims of the 1979 to 1981 Atlanta child murders, was laid to rest in a cardboard coffin with no headstone or marker over his grave. 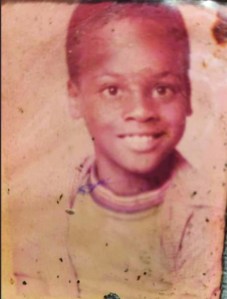 Forty years later, after years of grief and several months of research from Carter’s family and other Hogansville and outside entities, the 9-year-old’s memory has finally concreted with a full headstone, bearing his name, floral engravings and a simple message: “Tony will always be remembered.”

On Saturday, several of Carter’s cousins and extended family came together to heighten the headstone, donated by private benefactor Amie Ray Davis, and built a memorial around it. The finished product included traditional white gravel and a heart made of black stones.

Cousins of Carter, who were around the same age range as him when he died, noted his glowing personality, especially his infectious smile, despite having a hard life.

“He had a beautiful smile, and he was stocky,” said LaTunya Bright, who was a year apart in age from Carter. “He played football, and he was a fast runner. He loved his family.”

Nicholas Burnston, another of Carter’s cousins, shared the sentiment.

“I didn’t get to see him that much, but when I did, we’d go fishing, play cowboys and Indians,” Burnston said. “I’ve always wonder what he would have been today.”

Carter and his extended family lived in the Hogansville Housing Authority, just outside of Westview Cemetery where he was laid to rest. He and his cousins spent their days playing in their neighborhood until Carter moved to Atlanta.

Due to the circumstances of Carter’s death, he was linked to a string of at least 28 other murders of other African American boys that took place in the Atlanta area at the time, which was dubbed as the Atlanta child murders. The prime suspect in the case, Wayne Williams, has been convicted of two adult murders while the other child murders remain unsolved. Carter was the eighth victim of the murders overall. Williams has claimed he’s innocent, according to media reports.

She said she was proud to watch her family come together to honor their lost loved one in such a way, but her heart remained heavy from the loss of the little boy who was already like a son to her.

“It’s been a longtime coming, I just hate he didn’t have a better life,” Jenkins said.

The family held an official memorial for Carter on Sunday at the Springfield Baptist Church in Hogansville, complete with an uplifting message by Pastor Collier Starks and songs by members of the Grace and Mercy Concierge Bereavement Services in Atlanta.

“We were here years ago and that we could have done this properly, but we are here today to do exactly what God wants us to do,” Starks said. 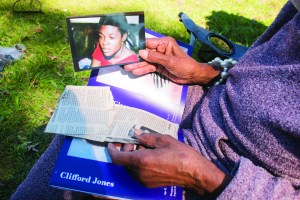 Hazel Jenkins, Carter’s aunt, holds a photo of Vera, Carter’s mother and a newspaper article about his death a top a book on the the Atlanta child murders.

death, Bright said. However, the divide was greater following his death.

The family itself, after going over evidence and reports, have mixed conclusions that Carter’s killer, whether it was Williams or not, can be forgiven.

“Me being Godly, yeah,” Bright replied when asked if forgiveness was an option. “If we don’t forgive, how can we go forth?”

When Vera chose to leave Hogansville for Atlanta in 1979, there was turmoil between Jenkins and her sister.

“I hate they didn’t let me keep him,” Jenkins said, who had thoughts of adopting the boy. “I would have took him. Maybe it’s crazy to say that but I prayed one time to God, and I said ‘I hope I can see him again.’”

Carter and his mother went to stay with Jenkins’ mother, and she fell out of touch with him afterward,  which she still regrets to this day.

“[Someone] once told me, ‘why didn’t you do something about Tony,” I said ‘I tried.’ They told Tony to go home [to Hogansville], and he said ‘don’t nobody love me, I can’t go home. I have nowhere to go.”

On July 6, 1980, a month and a half shy of what would have been his tenth birthday, the body of what was believed to be 9-year-old Anthony Bernard Carter was found near a dumpster across from 657 Wells Street SW, in the rear of the 600 block of Glenn Street in Atlanta.

According to Vera Carter’s witness statement, provided by Davis, Anthony was identified by his mother, Vera, only after she took out a warrant to force Grady Hospital in Atlanta, who had his body, to allow her to view it. She had last seen him two days beforehand when she’d sent him outside to play.

Her statement notes that she “snatched the cover off him and saw a horror that will never leave [her] mind.” She fainted at the shock of her child’s mutilated body.

His cause of death was multiple stab wounds consistent with other children who had been murdered in the Atlanta area, according to the Fulton County medical examiner’s report.

As details began to surface, unrest began to settle over Carter’s family not unlike the kind that was being experienced in Atlanta.

“It was fear, like, is the boogeyman going to get us,” Burnston said. “Once they showed Wayne Williams face, we were petrified.”

Carter’s family reached out to the Hogansville Police Department in May in an attempt to better locate Carter’s grave. Chief Jeff Sheppard said the HPD’s role in the case was to reach out to the community for anyone who might have attended the funeral.

Carter’s family reached out to the church as well, but improper record-keeping led the family down another dead-end, they said. Some family members debated that the correct burial spot is the one Carter is in now, while some said it was a location under a tree only a few feet away.

Carter’s mother was killed in 1986 while she was still living in Atlanta. An article by The Atlanta Journal Constitution said she “had just started getting her life back together” following her son’s death. 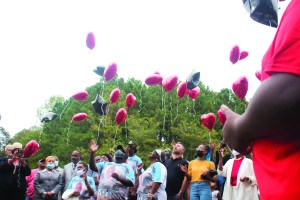 Hogansville Mayor Bill Stankiewicz issued an official proclamation Sunday stating that Oct. 24 would be a day of remembrance for Carter. He handed the proclamation to Jenkins before the memorial service moved to the cemetery.

Davis said authorities reopened the investigation in March 2019 into the murders that took place between the 1970s and 80s to re-examine the evidence in hopes technological breakthroughs may point to a definite killer in the bulk of the unsolved cases.

On Oct. 18, Atlanta Mayor Keisha Lance Bottoms stated on her Twitter profile that investigators with the case were traveling to Salt Lake City to allow a private lab to reexamine old DNA evidence.

Vera Carter is buried on the other side of the cemetery alongside several other family members. Her grave does not have a headstone or a marker, Bright pointed out.