Hillcrest Elementary School teacher followed her heart back to TCSS 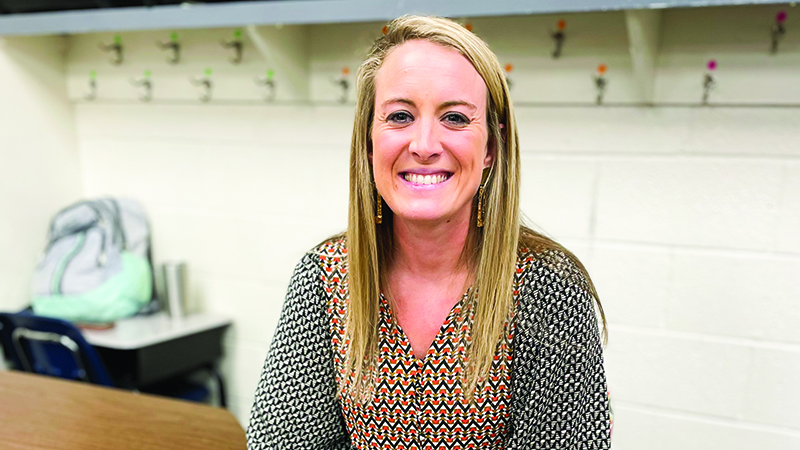 EDITOR’S NOTE: The LaGrange Daily News is writing a profile on all 25 teachers of the year in the Troup County School System.  This is the second installment in the series.

Alicia Bilbo always knew that she wanted to return to teach with the Troup County School System even since she was getting her undergraduate degree from Columbus State University.

“I always wanted to come back home,” Bilbo said. “I felt like Troup County was my home. We lived here. I had family here. I had relationships within the school system. And I just felt like that’s where home was.”

She said the teachers that she had growing up in the school system inspired her to be a teacher herself.

After a brief stint in Muscogee County, she was able to make that reality her own, first at Hogansville Elementary and now at Hillcrest Elementary School. It was at Hillcrest this year that she was chosen as the school’s teacher of the year, making her a candidate for the district-wide honor.

“It’s really a combination of all the teachers that I’ve come in contact with that have helped me with an answer to a question, ignited my love for learning with a science experiment, (or) read that book that opened up doors for me,” Bilbo said.

However, Bilbo said she knew she wanted to be a teacher from a very young age and remembers it inspiring how she played with her two sisters.

“I remember in my childhood years going home from school and playing teacher, so I feel like teaching has always been in my blood,” Bilbo said.

Christy Keeth, the principal for Hillcrest Elementary, said Bilbo immediately jumped in to help their school when the pandemic hit last March.

“With COVID, we had to rely on technology heavily, especially when kids went out. She was a big part of helping other teachers with technology and things like that,” Keeth said.

Bilbo said that it was a learning adjustment last year for everyone trying to learn how to use Canvas, the online platform for learning, and Google Meet. She wanted more than anything to help her fellow teachers where she could during the difficult time.

“I created a Screencastify, which basically shows my screen and I had a voiceover. It was able to show them directions (and) visually how to do that, and also created step-by-step directions,” Bilbo said. “I’ve had teachers come into my room. I’m an open door. We need to come in, you need to ask me a question, and I’ll be happy to help.”

This open communication policy extends to her students as well as Bilbo will meet with each student one-on-one to help them get where they need to be in her class.

Keeth mentions that this aspect of Bilbo’s teaching is unique to her and she has seen the impact of it firsthand.

A 10-year-old student, Molly Phelps, said she appreciates the individual meetings, saying they help her in class.

“Whenever I go back there with her, I feel happy because I’m more confident that I’m going to get the questions right and not wrong whenever I need help with it. Because she helps you a lot with the question,” Phelps said.

However, these meetings are not the only aspect that makes Bilbo’s teaching unique. Her 3- year-old son, Weston, is featured heavily in her class.

“I love to share stories of my son. I feel like they know him,” Bilbo said. “I feel like that’s so important for them to realize I’m a human.”

She said that her job as a teacher informs her role as a mother as well.

“I feel like my teaching role and mommy role kind of blend together at home. Because I want him to be the best person he can be,” she said.

Another student, Jake Jeong, appreciates how Bilbo brings Weston into their classroom with her stories.

“I just like that Mrs. Bilbo doesn’t keep a secret by herself and (she) shares it with all of us. Mrs. Bilbo just likes to do things with Weston and (for us),” Jeong said.

Bilbo, also, extends an invitation to each of her students to allow them to share about their life.

“We take a few minutes to share their stories and let them share about their laughs because it’s so important that they understand that I’m here for them,” Bilbo said. “And I think sharing makes that community feel, makes that sense of family.”

These conversations help students in both their school and personal life. Ten-year-old, Laniyah Johnson, said Bilbo has given words of advice when she needed them.

“Sometimes I will be sad or by myself. She would tell me like to always pick my head up,” Johnson said. “I would think about all the words and stuff that she said to us about, like, friends or anything like that. And I would put that to mind. And try to be around the people that I can be around.”

Carter Harrill, a 10-year-old in her class, said that there are many things that make Bilbo unique for students.

“She’s one of a kind and she’s super duper unique by walking in the morning, having a smile on her face and getting right to it,” Harrill said. “And you’re not really going to see a teacher like that.”

Shipping issues could lead to sparse shelves this holiday