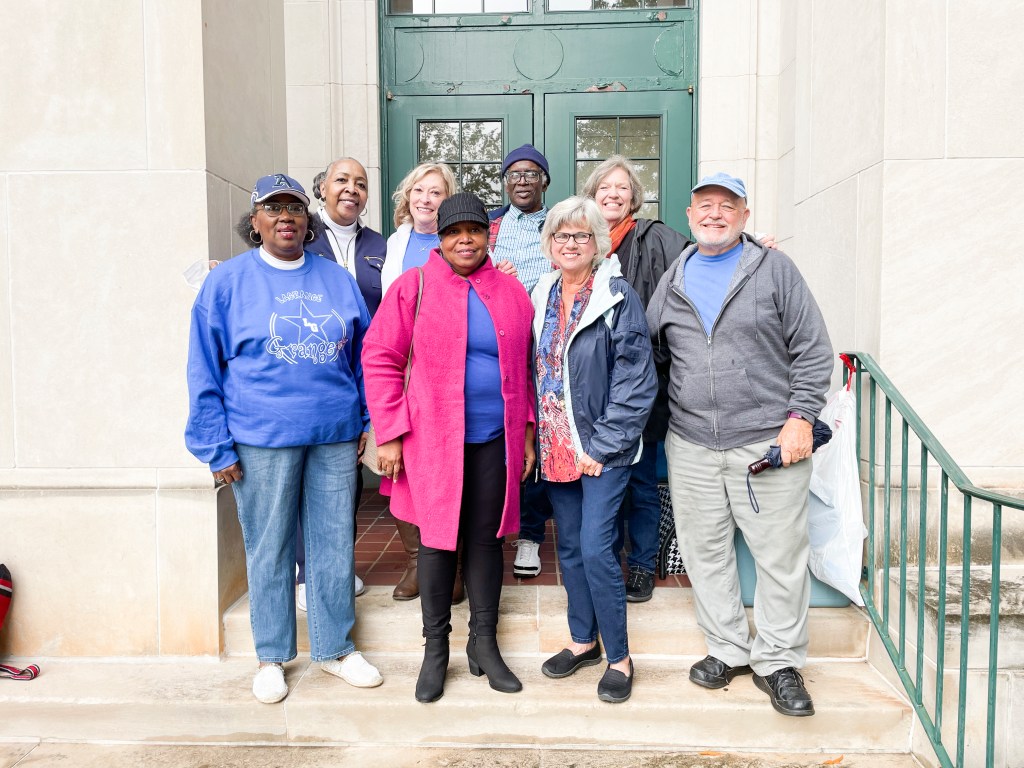 The LaGrange High School Class of 1971 hosted a tailgate in celebration of the LaGrange vs. Troup game on Friday night. The idea for the tailgate came after an increase in COVID-19 cases affected their 50th class reunion this past August.

Marcia Camp Johnson, the planner of the event, said the reunion holds a special significance not only for their class, but for Troup County as a whole.

As the group talked over the spread of food Johnson prepared, they found themselves reminiscing on their time at LaGrange High 50 years ago. Henry Keller, a former basketball player and student, said he feels the competitive edge of the high schools is not the same as it was years ago.

“These guys run together… Any school, when we were in school, the other school was the enemy,” Keller said.

For Johnson and two other women at the tailgate, the football game sparked a bit of a sentimental chord as they cheered together in high school. Johnson and Thomasina Snellings Thornton remembered what it was like when their two teams merged after the integration of the high schools.

“We had so much fun. It was so unusual because we had different cheerleading styles, so we had to work it out together,” Johnson said.

“We came over dancing, there was no toe touch, no split. We had to learn that,” said Thornton as she laughed and recalled the stark contrasts between the two teams.

“They tried to teach us to dance, but it was not a pretty sight,” Johnson said. “We tried.”

Steve Earles, a former football player and current LaGrange resident, reflected on the integration of the football team and how their coach handled the transition.

“The bus pulls up on that side street where the old gym was there and the Board of Education members and the LaGrange Daily News were out there to take pictures and talk about how great this is going to be and all that,” Earle said. “But it was sort of awkward for both sides.”

Earle said on the first day of practice Coach Oliver Hunnicutt saw a disparity between the two teams equipment and chose to be proactive in addressing the issue.

“He said, ‘Well, practice is called off…. We’re not going to practice until these players from this depot get the same equipment that we have’” Earles said. “Everybody was in shock. But after that, we didn’t have a lot of problems.”

The group reflected on their time in high school and spent much of the tailgate catching each other up on their lives.