Trick or Treaters and businesses pack downtown LaGrange for Halloween 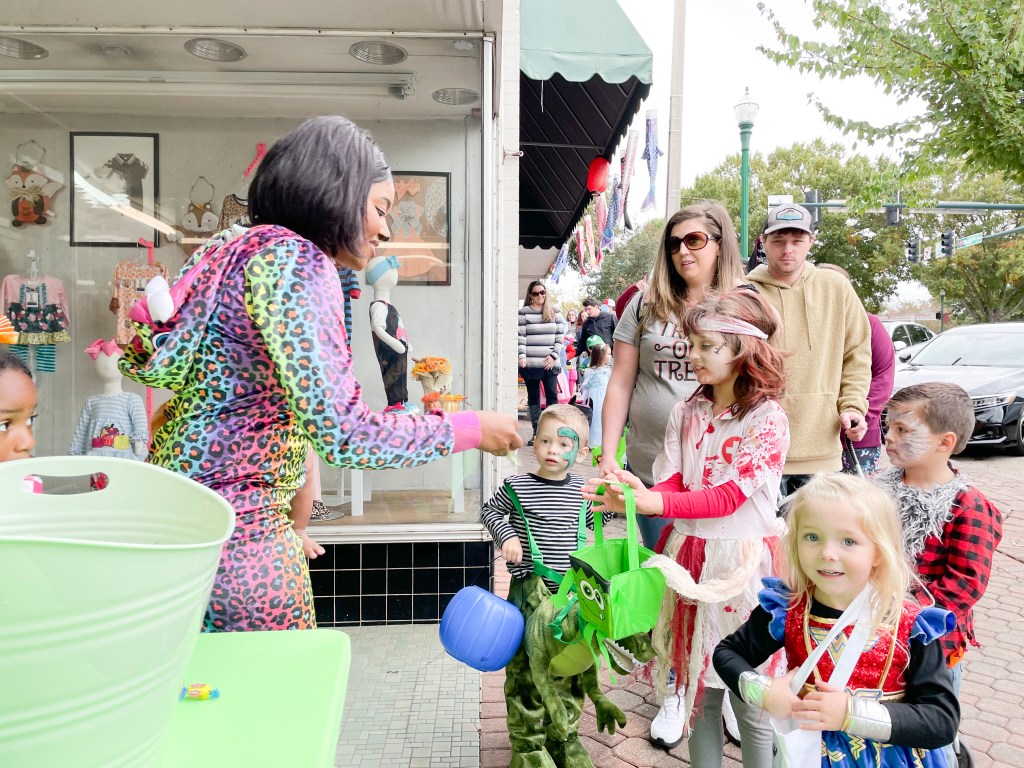 Trick-or-treaters packed downtown LaGrange on Saturday as local businesses and churches gave out candy and hosted games for costumed children. After Halloween was impacted by COVID-19 last year, the holiday came back in full force over the weekend in Troup County.

Janice Davidson, owner of Splendid Events, said Saturday’s downtown trick-or-treat was the most packed she had ever seen downtown even before the event officially got underway.

“I think it’s probably been two thousand children or more. They were lined up here at a quarter till one,” Davidson said.

The kids were treated to not only to candy, but also games as they walked through downtown. Pretty Good Books hosted a scavenger hunt in their new building across from First Baptist Church on the Square. Christina Rigsby said the LaGrange Memorial Library inspired her to create the scavenger hunt.

“I was at the library a couple days ago with my kids, and they did a similar (thing). It was like with clip art. It was really cute Halloween clipart,” Rigsby said. “Then my kids love these skeletons like they painted them all and then we just decided to hide them around the store.”

Jawanda Jackson, the mother of one of the kids participating in the scavenger hunt, said that downtown trick-or-treating is something her family looks forward to every year.

“The only thing they didn’t do this year was the Chili Cook Off. But this is the first time they did the scavenger hunt,” Jackson said. “I didn’t know this was here. They have a lot of fun doing it.”

Nicki Barradas, a representative for Hyundai Transys Powertrain, said the event provided a great avenue for outreach and recruiting for their company. Each of their candy bags provided a QR code with current openings within their company.

“This is one of our favorite events of the year. As we are giving back to the community with candy, we are also raising awareness that Powertrain is expanding in West Point (and) adding over 900 jobs,” Barradas said.

Cherelle Jackson, the owner of KCO Kiddie Couture, said the event was great for the kids and businesses alike as it allowed them to interact and bring downtown to life for the holiday.

“We need more things like this that involves the kids and the community in the businesses with the community, and just revitalizing downtown,” Jackson said. “This is awesome.”