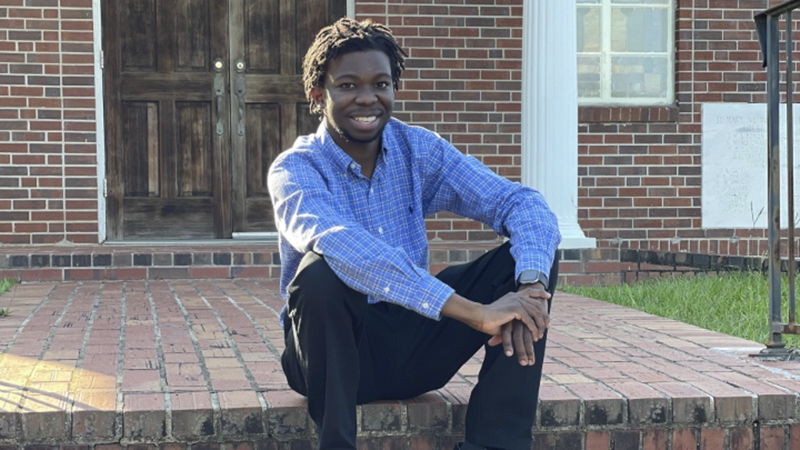 Michael Taylor became one of the youngest city councilmen in Hogansville after Tuesday’s election as he clinched a win for post 1. Taylor has been a member of the Hogansville community all of his life and graduated from Callaway High School. He now works as a customer service manager at the Ingles in town.

Taylor said that he hopes to use the skills and experience from his position at Ingles to help push the city forward and create a line of communication between the city and its citizens.

“So that’s the main thing, just being transparent and honest with the citizens, which are almost like customers. That’s what I have to do on my job,” said Taylor.

He said that he looks forward to working with the city council and the mayor in this role, but wants to make sure the citizens are at the forefront of their decisions.

“We need to do what the residents want, not what we want, not our personal views. We need a view from for everybody,” said Taylor. “We need to be have this mindset for every citizen, every resident.”

Infrastructure and the youth of Hogansville are the two biggest priorities for Taylor as he goes into his first term as city council. He cited the utilities, roads, and houses as items of concern during his interview.

Taylor’s mother, Theresa Strickland, made history in 2015 as the first African-American woman to be elected to serve on city council. Strickland served one term and said that she feels that her position may have affected her son’s own view on politics.

“Even though I was the elected official, your family kind of ends up being a part of it as well. So he has kind of seen some of the ins and outs and it actually sparked his interest,” said Strickland. “When the opportunity presented itself, he was he was willing to jump in.”

Strickland remembers the moment that her son said that he was going to run for a seat on the city council.

“When he told me he was interested in running, and I said, ‘well, good son. I’m proud of you.’ It was it was a bit of a shock to me,” said Strickland. “Just for him to say I want to run for a council seat being as young as he is. But I do know he’s definitely committed to work with people.”

This want to get involve has been seen in Taylor ever since he was young according to his mother. This extended to his role as a member of St Mary United Methodist Church as well.

“Early on, our family noticed that Michael was definitely the kid that wanted to be involved in things that you may have thought was a little bit for older kids, like his church involvement has been phenomenal,” said Strickland. “At an early age… people were saying, ‘oh, your son, I think he’s gonna be a preacher.’”

Elaine Gilbert, Taylor’s pastor for the last eight years, said he has been an active member of the church.

“Ever since I’ve known him, he’s been a good young man. He’s spoken in the church several times and we call on him sometimes to do the worship service,” said Gilbert. “He’s just an all-around guy. I could call on Him for anything. If I’m running short, somewhere. He’s right there to pick up the pieces.”

Currently, Taylor works with the finance department of his church and helps manage the budget.

“I just have the church’s budget and make sure we are spending according to our budget. We also have to balance the checkbooks and the accounts,” said Taylor.

Gilbert said that Taylor has many members full support and they look forward to seeing what he will accomplish for the city of Hogansville.

“The members of the Church love him and they think he’s a great guy. And I am sure that they are in full support of him and want him to do what’s best,” said Gilbert.