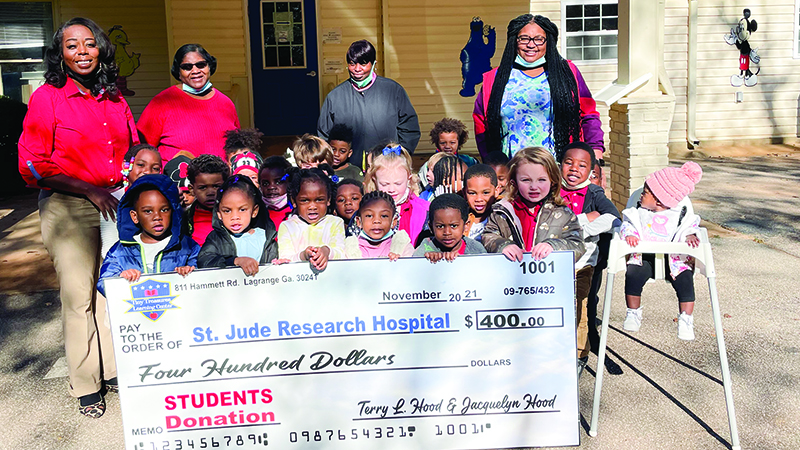 The children at Tiny Treasures Learning Center raised $400 for St. Jude’s Research Hospital. Fifty kids ages one to four years old participated in the fundraiser and were asked to bring in any loose change they found around their homes to contribute.

Jackie Hood, the owner of Tiny Treasures, said that one of her employees, Zenavia Pruitt, came up with the original idea and they thought they would see how it went.

“The pre-k teacher said… let’s have a contest and see how many coins the children can bring in and we’ll find someone to donate or something to donate it to,” Hood said. “So the kids brought in coins from home and it ended up being $400.”

Pruitt said that they made the fundraiser a competition between the different ages at the learning center.

“It was actually between the classes. So, we have from six weeks up until pre-K here,” Pruitt said.

“All of the classes had their own jug of money and then it was really just a competition between the classes.”

Many of the kids got into the competitive spirit and Pruitt recalls a funny moment when one kid came in with his donation.

“They were really excited. We actually had one student come in and he had like a big Ziploc bag full of change and he said, ‘I didn’t bring a few coins. I bought a lot of coins’,” Pruitt said.

Jacqueline Boyd’s three-year-old class ended up winning the competition and were rewarded with an ice cream party.

Boyd said the kids were excited to win and she enjoyed seeing them come in with their donations each day.

Pruitt said that the learning center will continue its philanthropic efforts going into the holidays. They are currently doing a canned food drive for Thanksgiving which will go to families in the community.

“We’re actually right now doing a can drive for Thanksgiving,” Pruitt said. “We have names of some families that need help within the community and we’re making food boxes for them.” 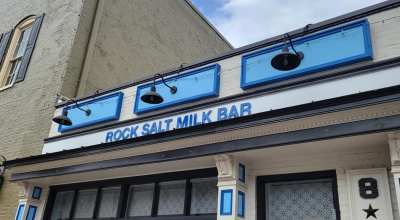