DASH of LaGrange to renovate store in Hillside community 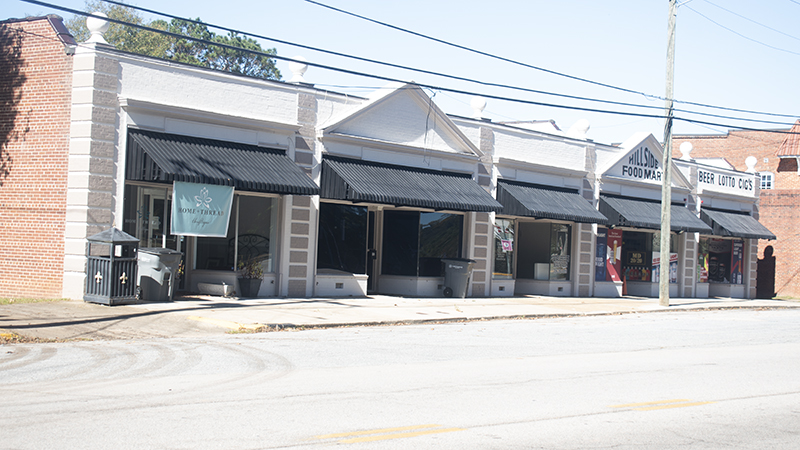 DASH, a neighborhood revitalization organization in LaGrange, is continuing its efforts to rejuvenate the Hillside community.

DASH is beginning interior renovation work on the building located at 706 Lincoln St., which consists of four commercial spaces, to bring more commercial availability to the neighborhood, but to also preserve the historic structure which remains one of the few remnants of the Hillside village’s past.

“It was built in I believe about 1935 by a very famous architectural group, Ivey and Crook,” said DASH Interim Executive Director Nate Crawford. “They were a pretty famous group from out of Atlanta who did a lot of work locally, so it has a lot of historical significance since it was an Ivey and Crook building but also because of its age.”

The project is still in its early stages, with physical construction set to begin around December, but the exterior is expected to remain mostly untouched, Crawford noted. However, the interior will have to be completely replaced.

The century-old Hillside community first existed as a mill village to house those who worked in the neighboring mills, Crawford said. DASH has renovated several houses in the area and plans to continue doing so with other homes in the neighborhood. Now, the building consists of five commercial units.

All the current tenants, which include a food mart, a thrift store and a beauty salon are in the process of vacating the building. The structure is located right beside Beacon Brewery and just down the street from DASH’s location.

“We think that having additional opportunities for retail and restaurants in the neighborhood will [create the] chance for people to move to [and] fall in love with Hillside, and it also allows for disposable income to be introduced in the neighborhood in a way it hasn’t in a while.”

DASH is also asking anyone who may have specific stories or photos of Hillside or the businesses that used to be located in these buildings to send them to hillsidehistory@gmail.com.