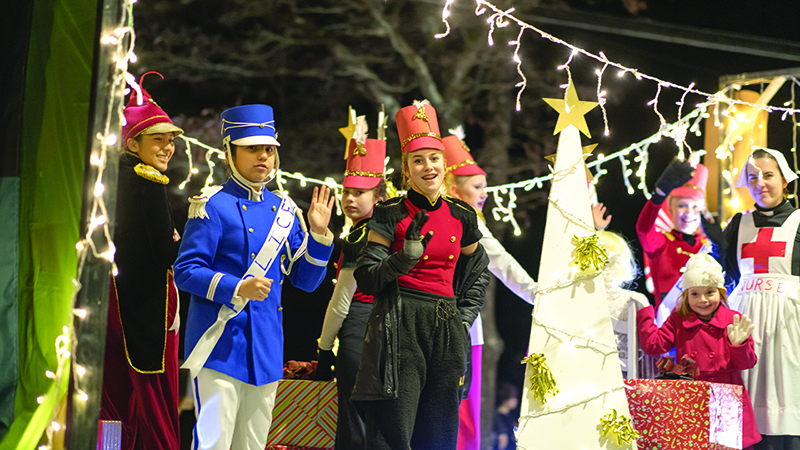 The deadline is approaching to enter the annual Lagrange-Troup County Chamber of Commerce Christmas Parade on Dec. 2, and volunteers are needed for the event.

Applications to enter the parade, which begins at 6 p.m., can be found at lagrangechamber.com and any questions or concerns can be answered by calling (706) 884-8671.

Leslie Traylor, the director of member engagement for the chamber, said volunteers for the event are needed to help along the route.

“We’re really just looking for volunteers that can help us along the parade route,” Traylor said. “A variety of ages would be fine, either to walk the parade route with some of the floats to help keep up the pace or stand at a certain location along the route to encourage movement and flow.”

Traylor emphasized that the volunteers are needed to make sure the parade runs smoothly for both those in the parade and the citizens attending.

“We want to keep the parade going and moving quickly, so there just being another set of eyes for the movement for flow (and) making sure it goes at a good pace,” Traylor said.

Traylor said that the deadline to be a participant is Monday, Nov. 15, and anyone wanting to participate must fill out the application and requirements by 5 p.m.

“The deadline to submit an application is next week. There’s also a $40 application fee and a toy for Toys for Tots,” Traylor said. “The theme is a magical musical Christmas. So we’re very excited about that.“

There are high hopes for this year’s parade after a large turnout for the 2021 parade.

“Last year, we had over 90 entries and so that was one of the biggest,” Traylor said. “We’re definitely hoping for that amount, and I wouldn’t doubt that we maybe surpass that this year. So, we’re excited.”

The parade, which begins at 6 p.m., will be sponsored by Kimberly Clark for the second consecutive year.