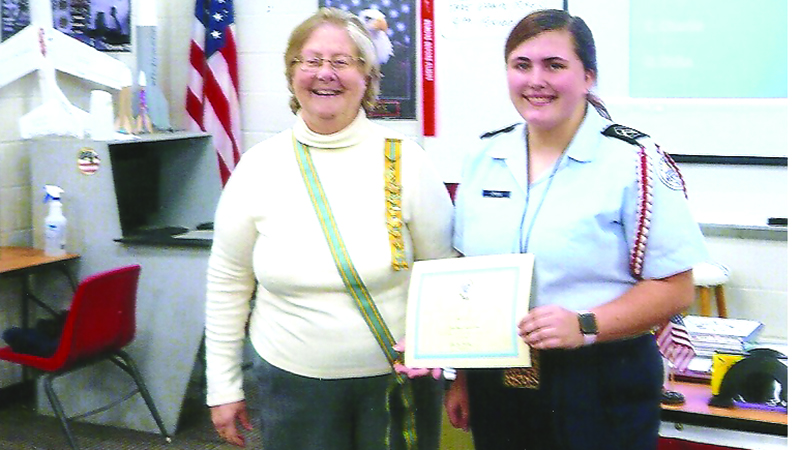 Cadet Major Lauren Cribbs, a senior at Callaway High School, received the Junior Reserve Officer Training Corps award from the Mary Musgrove Chapter of the Daughters of the American Colonists, on Nov. 10.

She holds the position of Executive Officer in the Cadet Corps, according to a press release from Salley Bradley with the Daughters of the American Colonists.  She ranks in the top 20% in both her Air Force JROTC class and her high school class.

Lt. Colonel Craig said she consistently demonstrates qualities of dependability and good character and always has a positive attitude.  She is responsible for training the first year cadets.  Last year she served as the Logistics Officer and was responsible for outfitting all of the cadets in their uniforms and maintaining the uniform storage room and keeping up with the inventory.  Per the release, Cribbs excels in any position that she is tasked to do and epitomizes the Air Force Core Values of Integrity, Service before self, and Excellence in all it does.