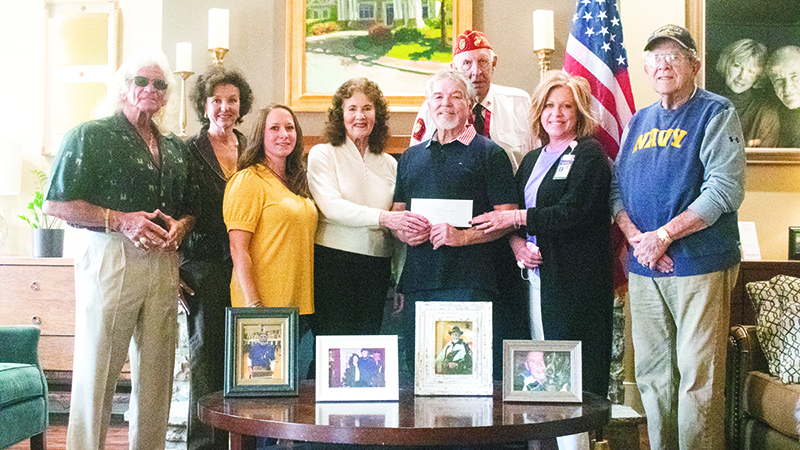 Larry Cohen Rogers was the kind of man who never stopped smiling or showing expressive kindness, his family said.

Whether he was working out at T 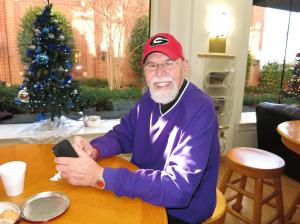 owne Fitness in LaGrange or going about the community, he always had a smile and a kind word to anyone. With his passing, his family wanted to be sure that such kindness was passed on.

On Thursday, several of Rogers’s family and friends gathered to extend his kindness one final time to Wellstar West Georgia Hospice where he spent his final days. His family and workout buddies at Towne Fitness gathered and donated $1,150 to the hospice center in his memory, a donation that will go toward the well-being of other patients, said Tammy Forbus, the volunteer coordinator for WWGH.

ogers because he sounds like a wonderful person,” she said.

Rogers passed away at the age of 76 late last month after spending his final days at WWGH where, according to his wife of 42 years, Barbara Rogers, he kept his spirits high. He had been dealing with congested heart failure and had spent three days in the hospital prior to his four-day stay in hospice.

His “adopted” daughter, Kristy Rogers, noted his love for her and her children.

“He pretty much adopted m

e and I adopted him in return,” she said.

Barbara met her husband when she traveled to LaGrange to visit her family members. Her plan was to head to California after her visit. During a trip to a local bank, she stepped in line behind Rogers and the two started up a conversation. Needless to say, Barbara never returned to California.

They began a life together which included a dog, Chester, and plenty of social trips to Walmart and Publix and constant lunches at Milano’s Pizza.

Rogers’s friend of 50 years, Robert Walker, described him as the “mayor of Towne Fitness” due to his involvement with its patrons. He joined the gym ten years ago after retiring to work on his health and became a constant figure there very quickly. He took up the role as human resources director of “the Old FARTS,” or the Fraternal Association of Retired Training Studs.

“He knew everybody and he wanted to make sure that everybody was welcome,” he said. “If you were a new member, he’d make sure you were invited to class and that you had everything you needed. He lived his life under the do unto rule — do unto others as you would have them do unto you. He was able to make everybody think he was their best friend.”