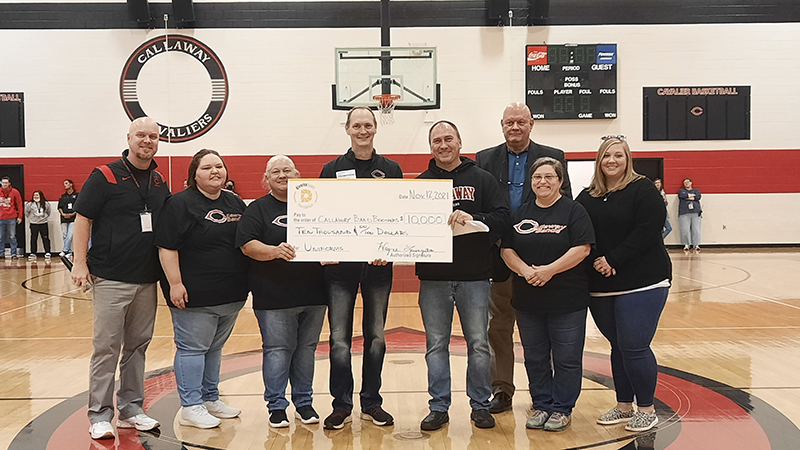 A major donation from Diverse Power has gotten them closer to that goal.

Diverse Power donated $10,000 to the Callaway High Band Boosters on Friday, leaving the band only a few grand short of its $34,000 goal.

The Georgia High School Association looks at all the high schools across the state each year to award one the Georgia Cooperative Spirit Sportsmanship award, said Gordon Cone, the Diverse Power Foundation grant chairman.

“This year, for your area and your category, you’re the winner of that award,” he told band members and students attending Callaway High’s pep rally Friday afternoon.

The band formed its booster club at the beginning of the 2020 school year and has participated in fundraisers from car washes to turkey selling to replace their uniforms.

“They’ve worked so hard on doing all fundraisers that they’ve been able to set up,” said Tony Daniel, who is set to become the new band director in the coming weeks.

The uniforms were donated to Callaway High over nine years ago by LaGrange High, who purchased them 20 years ago. Many of the uniform jackets have a naked gap on their fronts where the LaGrange High embroidery was once sown in, while the pants still have LaGrange High tags stitched into them.

The uniforms have a shelf life of approximately a decade but still need occasional maintenance, several band members said.

With their goal for new uniforms halfway met, the band is now applying for a matching grant from the Callaway Foundation.