Callaway defense shuts down Bleckley County, advances to third round of playoffs 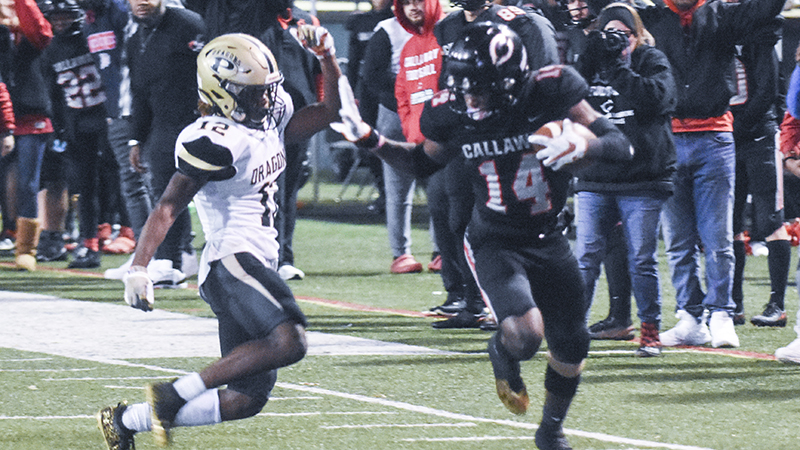 That was pretty much where the highlights ended for the Royals Friday night, as the Callaway Cavaliers went on the road and provided an impressive beatdown of previously unbeaten Bleckley County. The final score was 35-14, as the Cavaliers scored five consecutive touchdowns to take complete control of the game.

On the next Royals possession, Elijah Gunn wreaked havoc with back-to-back sacks.

Callaway took the lead for good on a 33-yard touchdown pass by Deshun Coleman to Kier Jackson to take a 14-7 lead with 3:41 left in the first quarter.

Bleckley was hoping to score on its next possession but Kevin Alfaro intercepted a Royals pass inside the Bleckley 40-yard-line.

Quay Whitfield ended up capping that drive on a short run where he broke three tackles and ran to his left to give the Cavaliers a 21-7 lead.

The Cavaliers opened up the passing game for their next score, as Coleman hit Carlos  Billingslea on a 58-yard touchdown down the visitors’ sideline to put Callaway up 28-7 with 5:45 left in the second quarter. That score held into halftime.

Kier Jackson had a big third quarter for the Cavaliers. First, he scored on a 2-yard run to stretch the Cavaliers’ lead to 35-7. Then, he intercepted a Bleckley pass when the Royals were in position to cut into the deficit.

It was all Callaway from there, with Bleckley scoring in the final minutes to pull within three touchdowns.