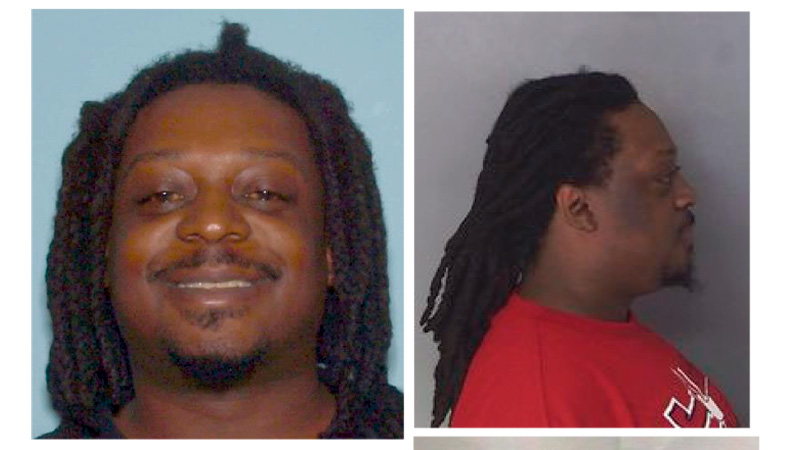 HOGANSVILLE— Agents with the U.S. Marshall’s Fugitive Squad and the Georgia Bureau of Investigation’s Carroll County Sheriff’s Department have apprehended the suspect wanted in the murder of a 42-year-old Hogansville man.

Evans allegedly shot and killed the victim, Lorocco Anquaylan Boyd, outside his home on Oak Street on Friday, Nov 12.

In a press conference Friday, Sheppard said that, prior to his arrest, it appeared that Evans had ingested a large amount of narcotics in an apparent attempt to overdose. Evans is being hospitalized at an undisclosed medical facility for treatment and will be taken to the Troup County Sheriff’s Office for booking upon his release.

“He was picked up on the capital murder warrant, and there are charges that will be pending,” Sheppard said.

Evans and Boyd are believed to be acquaintances, Sheppard said, but an exact motive for Boyd’s murder is not yet clear.

“There were three that were out there,” he said. “[Witnesses said] it was over money, narcotics, or a fight [Evans] and another relative had had over a car tag.”

Officers with the HPD responded to calls of shots fired on Oak Street at noon Friday, Nov. 12 where they found Boyd lying on the ground. Officers attempted to revive Boyd, Sheppard said. The Troup County Sheriff’s office arrived on scene to assist with ground control and the HPD contacted the GBI to assist with the investigation. By 12:30 p.m., Boyd was pronounced dead and the Troup County Coroner’s Office was called on scene. Hogansville Elementary School was placed on a soft lock-down at that time due to the close proximity between the school and the crime scene.

During its investigation, the GBI identified several witnesses who were able to identify Evans as the shooter and the driver of the green, 2000s Honda he had been seen in. The GBI, with the assistance of the Carrolton Police Department, were later able to take custody of the vehicle. Warrants were issued for Evans’ arrest Tuesday