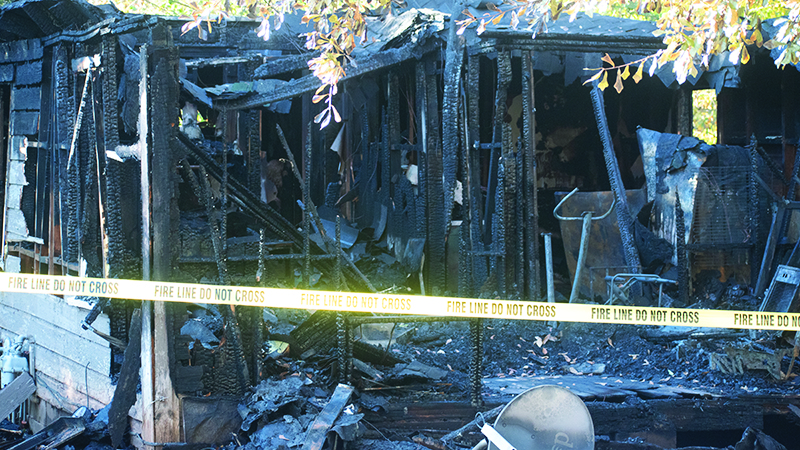 The LaGrange Police Department is assisting the LaGrange Fire Department as they investigate the cause of a blaze Monday morning that burned through a one-story home on Banks Street.

The fire is being deemed suspicious, according to a press release from the city.

The LFD was dispatched later at 3:16 a.m. on Monday to a report of a structure fire on the 200 block of Banks Street. Dispatch advised while units were en route that they had received multiple reports for this fire and that the residence was fully engulfed.

A defensive attack was assigned due to heavy fire and downed powerlines, according to the press release. Crews deployed multiple hand lines and activated two deck guns. City utility crews were called in to shut off gas and electrical supply. Once power was shut off, fire crews were able to control the fire at 4:30 a.m.

Crews continued to extinguish hot spots until daylight when they started their investigation at approximately 7:15 a.m. Fire loss estimates are set at $10,600 to the structure and contents which was a total loss, according to the press release.

No one was found inside the structure, and it is unclear if the residence was occupied at the time of the fire.

The LFD responded to alate Sunday night at the 600 block of Hill Street prior to the Bank St. fire. The call involved a two-story structure in which the second floor’s attic was on fire.

Crews confirmed no one was in the house at the time of the fire. The fire was extinguished at 10:02 p.m. Fire loss estimates are set at $50,000 to the structure and its contents. The cause of the fire was electrical in nature and is not currently known if the two fires are connected.

Anyone with any information regarding these cases is advised to contact the LPD at (706) 883-2603.