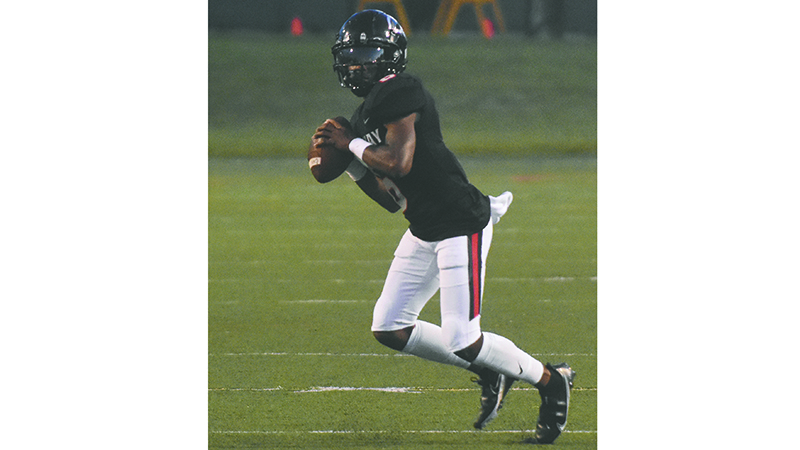 On Thursday, the Callaway Cavaliers will sit down and enjoy a Thanksgiving lunch, just like much of LaGrange and Troup County.

But this won’t be a normal family meal — it’ll be one that includes the entire Cavaliers football family. It’ll give the players and coaches a few minutes away from the stress of the football field — and the opportunity that awaits on Friday night — when they head to South Atlanta in the third round of the AA playoffs.

“That’s really special to us, especially special to the players and to the coaches,” said Callaway head coach Pete Wiggins of Thursday’s Thanksgiving lunch. “My family is a big part of that and always has been, and so we’ve continued that tradition for a long time when we’ve been practicing and had the opportunity to play during Thanksgiving week.”

Coaches often stress about any changes in schedule. Thanksgiving week brings the gauntlet. School is out, there’s a holiday in the middle of the week, and in a season all about staying in shape, that holiday happens to be about eating lots of good food.

However, Wiggins said the Cavaliers have handled it well. Practices have been first thing in the morning all week long and will continue that way.

“I think our guys have done a great job with the Thanksgiving week practices as far as yesterday and today,” Wiggins said. “They understand the importance of preparation and how every rep at practice is a huge factor in Friday nights.”

The Cavaliers will have a big challenge Friday against a South Atlanta team that has won 11 games in a row. South Atlanta has won its two playoff games over Banks County and Westside.

“They’re very explosive,” Wiggins said. “They’ve got a very dynamic running back. He reminds me a lot of Tank Bigsby, who played for us for a long time.”

That running back would be Division I recruit Keyjuan Brown, who has over 4,600 yards rushing in his high school career.

Slowing him down will obviously be a key for the Cavaliers Friday night.

Another will be avoiding turnovers and penalties, the types of mistakes that often costs teams games. Wiggins said they’ll also need to be the more physical team.

“Physicality is the key up front with the offense and defensive line,” Wiggins said. “We have to establish that —that’s a big factor in the ball game.”

Callaway dominated Bleckley County last week 35-14 to reach the third round of the playoffs and has won five consecutive games. Wiggins said the Cavaliers continue to improve every week and agreed that the team is playing some of its best football of the season right now.

South Atlanta and Callaway only have one common opponent — Heard County. Heard was the only team to beat South Atlanta all season, but that game was back on Aug. 20. Callaway rallied to beat the Braves 24-21 on Nov. 5.

Wiggins said they’ve watched a lot of tape, including Heard County tape, as they prepare for Friday’s game.

“When you get into the playoffs, the teams get closer with talent level and you know everybody’s good at this point,” Wiggins said. “So, we have to prepare each day at a high level and be able to play fast on Friday night and hopefully good things will happen.”

Friday’s game will start at 5:30 p.m. ET due to it being the first of two games at Lakewood Stadium.