First Baptist on the Square collects over 3,000 boxes for Operation:Christmas Child 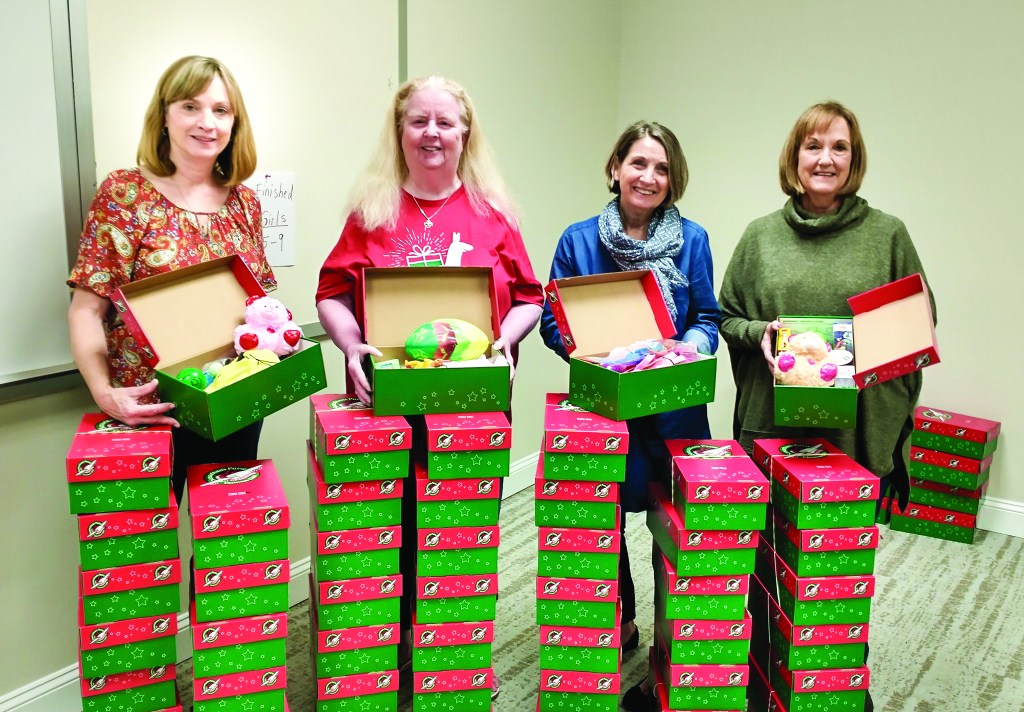 Christmas is right around the corner, and organizations and churches are already pushing forward to make sure children far across the world will have a good holiday.

LaGrange’s First Baptist Church on the Square served as the drop-off center for the Operation: Christmas Child program this year. The church’s members put together 908 boxes and collected 3,652 boxes from several participating organizations and churches to be sent to children overseas.

“It makes missionaries out of all of us, and it has a way of [bringing] people to a knowledge of Christ … and it sends a message out to these children and all who come in contact with this,” said Barbara Nivens, a First Baptist church member of 14 years who helped coordinate the program. “We have a lot of wonderful stories about how this had made a difference in a child’s life, but it’s changed a lot of other people’s lives along the way.”

Operation Christmas Child, a project by international Christian organization Samaritan’s Purse, was launched in 1993 after the project’s organization chair, Franklin Graham, received an inquiry to fill shoeboxes with gifts for children in war-torn Bosnia. The project has expanded since then, and as many 188 million boxes have been shipped to as many as 170 countries around the world, according to Samaritan’s Purse’s website.

Last year was one of the first years Nivens couldn’t participate in the program since she got involved with it in the 1990s. She was diagnosed with COVID-19 and spent the holiday season safely at home.

She said last year’s Operation: Christmas Child still garnered strong local support despite the pandemic, and the church had around 3,100 boxes said.

Each box includes items like toys, puzzles and even school supplies and toiletries. Some include religious literature in the country’s native language. In recent years, the church has elected not to send items like toothpaste or candy due to customs issues.

“A lot of these children may have never received a gift more than likely, and fewer have probably never heard about Christ, so the main emphasis is to share about Jesus with them,” Nivens said.

Nivens said those at First Baptist who put the boxes together try to include a ‘wow’ item.

“For a lot of these kids, soccer is the most wonderful thing in the world, so if we can include things like a [flattened] soccer ball and a pump, that’s a wow,” she said.

Kliesch, said toothbrushes and school supplies, in particular, are treasures to some of the receivers of the boxes.

“Most children in a lot of these countries [can’t go to school] if they can’t furnish their own supplies,” she said. “We always try to include schools supplies and a toothbrush.”

For her and other volunteers with the church, the mission to gather items for the boxes begins as soon as the holiday season begins to wind down after Christmas.