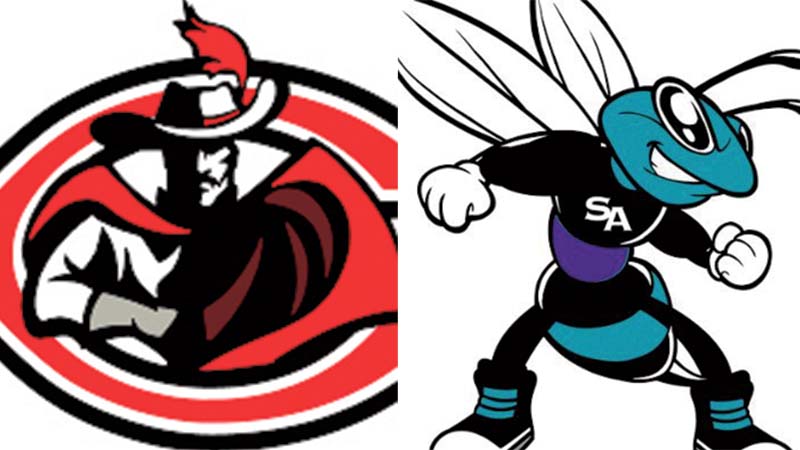 Down two scores early and behind by eight at the half, the Callaway Cavaliers showed the heart of a champion Friday night in an incredible comeback over South Atlanta in the quarterfinals of the AA playoffs.

The Cavaliers trailed 16-7 early and 22-14 at the half but scored 25 consecutive points in the second half to take control in a 39-22 victory. Callaway advances to play the winner of Rabun County and Thomasville.

Callaway started the second half with a 25-yard field goal by kicker Blake Eubanks to pull within 22-17.

At that point, the Cavaliers defense, which had a tough time stopping the Hornets in the first half, started to take control of the game. South Atlanta drove inside the Callaway 10-yard line, but the Cavaliers stopped the Hornets on downs.

Callaway’s offense kept the momentum going with about a 90-yard drive, highlighted by a deep throw from quarterback DeShun Coleman to Andrew Locke to move the ball inside the 2-yard line. Amarion Truitt capped the drive from there on a 2-yard rush to put Callaway up 23-22 with 37 seconds left in the third quarter. That was the Cavaliers first lead of the game. Carlos Billingslea ran in the two-point conversion on a reverse to make it 25-22 Cavaliers.

The ensuing kickoff was kicked perfectly, pinning the Hornets at their own 6-yard line.

South Atlanta went three-and-out — barely hanging onto the ball after a near-interception and a fumble that the Hornets recovered at their own 1. The Cavaliers got the ball at the South Atlanta 33-yard line, and the Callaway offense went to work with a heavy dose of the run game.

Quay Whitfield and Kier Jackson ran the ball the majority of the drive, with Jackson running down inside the 2. He then capped the drive with a short touchdown run to put the Cavaliers up 32-22.

The Cavaliers defense closed it out. With South Atlanta threatening, Fred Tigner came up with a big sack. Karmelo Burton then intercepted a pass, ending the drive.

Truitt then ran around left end and didn’t look back, running 76 yards for a touchdown.

The second half was a huge turnaround from the first half.

South Atlanta scored on its first drive to go up 8-0, but Callaway answered with a Coleman pass to Treyonn Tucker to make it 8-7 with 5:27 left in the first quarter.

South Atlanta scored again on a 40-yard touchdown pass to make it 14-7. A two-point conversion made it 16-7.

Callaway responded with its running game. Truitt had a long run inside the 15-yard line, then Jackson ran it in around left end to make it 16-14 with 8:18 left in the second quarter.

South Atlanta’s offense — which really hadn’t been slowed at that point — scored on a halfback screen to make the score 22-14.

The next Cavaliers drive seemed like a big one for momentum. Callaway drove inside the South Atlanta 5-yard-line but the Hornets held on downs, including stopping Truitt on fourth and goal.

It ended up not mattering all that much, as Callaway dominated the second half.

Callaway has now won six consecutive games and is on to the semifinals.