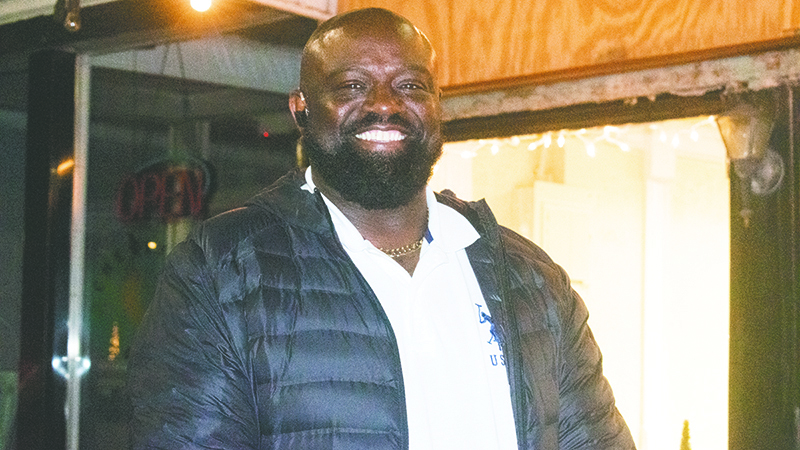 Jimmy McCamey is the new Troup County commissioner after defeating Norma Tucker in a run-off on Tuesday night.

McCamey will represent District 5, which was previously represented by the late Richard English for 43 years. As District 5’s new commissioner, McCamey promised to continue English’s legacy of representing the residents of District 5.

“I’m glad to be on the winning side,” McCamey said.

McCamey won the seat Tuesday night with 249 total votes. Tucker finished with 186 total votes. McCamey won all but one of the six precincts where votes were recorded. Gardner Newman, a seventh precinct where 96 people were eligible to vote, had 0 votes Tuesday.

McCamey is a Troup County native and noted in a previous interview that he grew up in poverty before earning a master’s degree and PHD in social work and a master’s degree in psychology. He has taught in higher education in the last 20 years.

Currently, he teaches at Fort Valley State University in the behavioral science department.

In previous forums and interviews, McCamey noted his views on infrastructure, affordable housing and poverty and stated that he wanted to be a servant for the community and address residents’ most pressing issues.

“I think the issues in District 5 are fairly consistent,” he said. “They want the housing issues addressed, and they want to look at the economic development on the Hamilton Road and Washington Road district, and those are a very important piece to the constituents, and I heard that consistently.”

In terms of honoring English’s legacy, McCamey said he wanted to show the same empathy and compassion he did throughout his career.

“He was a role model for everybody in District 5 and throughout the county,” he said. “I can remember as a child, I can say we had representation that looked like me, that was a minority [and] that was a force in terms of support.”

His opponent Tucker called him right after the final votes came in and congratulated him on his win. She said although she wanted to win she was happy for McCamey and looked forward to continuing to work for the community.

“It’s been a great experience, and I think the biggest thing has been having people that you least expect come out and throw their support to you,” she said. “Know that there’s more work to be done, for me as an individual … and certainly as a community. Hopefully now, we can get to work and make some things to, as we say, to move Troup County forward.”

Prior to the run-off, McCamey and Tucker defeated Ernest Ward, Kendall Butler and Travis Hart in the general election. Neither candidate received above 50 percent of the vote, prompting the run-off.