Angel of Hope memorial service to be held on Monday 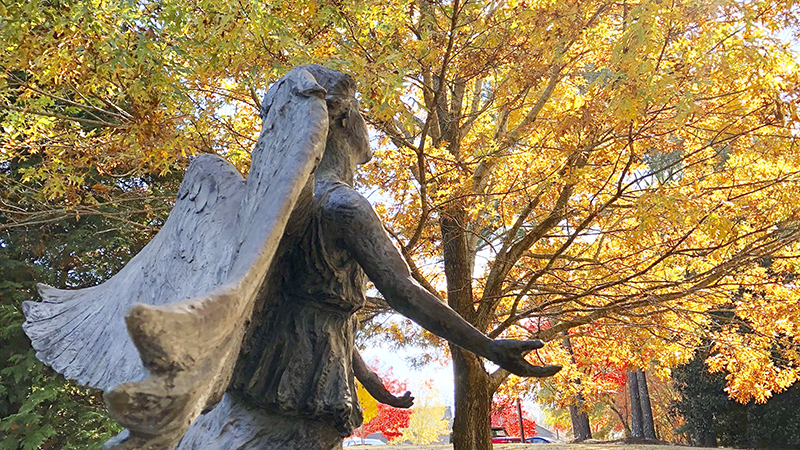 The annual Angel of Hope Memorial Service will be Monday, Dec. 6 at 7 p.m. The candlelight memorial is for those in the Troup County community who have experienced the loss of a child. The event will be held at 1514 Vernon Rd. The event was canceled last year due to the pandemic, but Kathy Reyes, an organizer for the event, said it will return this year.

“Last year was the first time in 16 years that we did not hold the service because of COVID. I’m hopeful that the regular attenders will return,” Reyes said. “This year we plan to hold the service as usual. It’s about an hour long. It’s an outdoor service, it’s usually very cold. So, it’s important for anybody that comes to understand that it they should dress for the season because it is chilly outside.”

This memorial in Troup County is part of a much larger nationwide recognition of people who have lost their children. Reyes said it was inspired by “The Christmas Box” by Richard Paul Evans who inspired the several statues that are featured at each event.

“He was just overwhelmed with requests from bereaved parents that were interested in finding this angel. So, he erected the first one in Salt Lake City,” Reyes said. “From that, it grew to him finding a foundry that could replicate it, then selling it to nonprofits around the country for them to do their own garden and their own memorial.”

Leigh Taylor, who helps organize the event with Reyes every year, met her and formed a friendship through the loss of her own child in 2003.

“It was unexpected. We didn’t know of any medical problems whatsoever. He died when he was a day old,” Taylor said. “[West Georgia Medical Center] put me in touch with Healing Hearts, it was a support group. I met Kathy there at that meeting. She told us about the angel. After the meeting, I went up to her, and I just said ‘we’ve got to have the angel’.”

The angels are all over the United States and are a key component to the candlelight service, Reyes said.

“They’re all over the world. I know there are places in the US and ours is number 65. Every Dec. 6, anywhere there’s an angel statue, there is someone, a founder or a group of people, that hold a memorial service in memory of parents, people, [and] families that have lost children.”

Reyes said there is no criteria for how the child or loved one was lost. She said the memorial is for any of those who are grieving and would like to join in the memorial.

Taylor said that this event gives her a feeling of hope and an opportunity to remember the child she lost.

“It is truly a feeling of hope once you leave there. It’s not that we don’t remember our children throughout the year, but this is one special time in the year that we remember our children. Everybody that’s there with us is connected in some way,” Taylor said. “Every year, we hope that it offers some kind of hope and peace that we can all move forward and go on about our lives, but not forget our children.