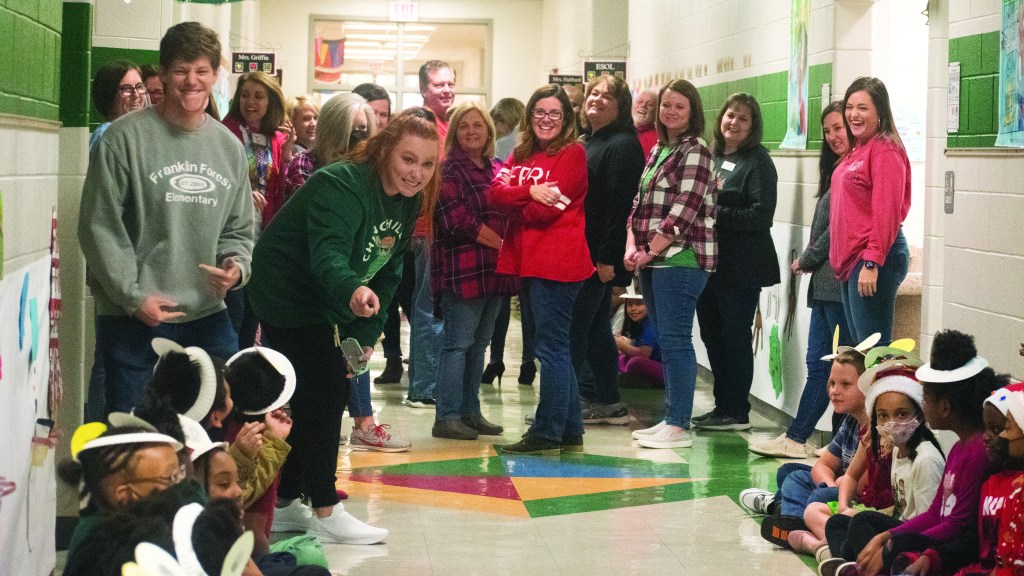 Elementary students at Franklin Forest Elementary School have spent the last week preparing their respective hallways, and themselves, for a very special contest.

Teachers and students at Franklin Forest Elementary worked together to create special Christmas themes for the three hallways at the school. Decorating was originally meant to be completed the Friday before the Thanksgiving break but stretched on until early December.

The second and third graders’ 12 Days of Christmas-themed hall won over the panel of judges who toured the halls. The students, separated by their respective classes, took turns reciting the 12 days of Christmas song and even created their own pear hats for the occasion.

Students like Sophie Ali helped crumble up paper to create the illusion of snow on the hallways.

“Every person in class got to do a frog, and we got to help put them on the wall,” she said.

Principal Lindsey Lynch called it a team-building exercise for students and teachers.

“It’s brought a little fun competition and the kids are loving it,” she said.

Assistant Principal Beth Doerr added that it was a fun holiday activity for students and teachers.

“They’ve had a ball, and there’s been a nice energy throughout the whole thing,” she said. “The fun competitive part of it has been good for them too. We’ll catch them going up and down each other’s halls. This has had everybody all over the place.”