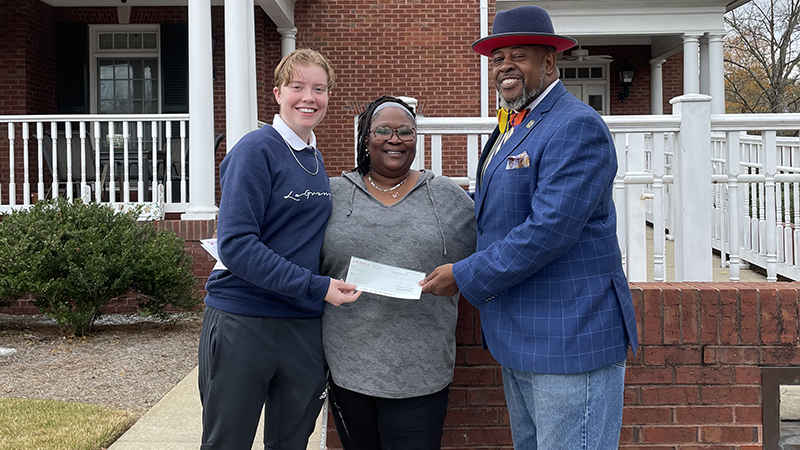 Preston James, the professor for sports management, said that the choice to increase their donation was an easy one.

“We just saw the need for it, and we had another fundraiser. We had a ticket sales program and that went extremely well,” James said.

The students who participated in the ticket sales program sold tickets to an Atlanta Falcons game for a game on Nov. 18.

James said they sold a record amount of tickets for the game.

“We saw a record number of tickets for that, so we decided to go ahead and give the money, more money to the Ronald McDonald House,” James said.

“We see the things they do and the population that they deal with. We thought that was more important.”

James said he is grateful that his students were given the opportunity to fundraise and apply the things they are learning in class to the real world.

“It was good to teach the students [the] skill of putting the practice of fundraising and to have actual recipients to get the benefit of the work they did,” James said.

Emma Rose, the student that organized the event, said she hopes to plan another fundraiser for the Ronald McDonald House before she graduates.

“I definitely wish it could’ve been more. I plan on organizing another fundraiser for them before I graduate in the winter of 2022,” Rose said. It was a great experience being able to drop off that check. It was really rewarding knowing that we did all of this for such a great cause.”