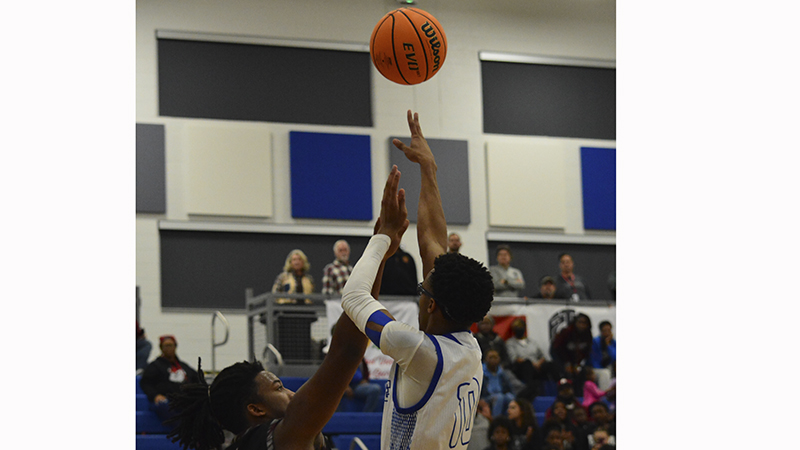 In a back and forth game, the LaGrange High Boys basketball team survived for a win over Heard County 54-53 on Tuesday night.

LHS won the first game by four, so the Grangers likely knew Tuesday would also be a tough one. The Granger boys started the game strong, leading 16-10 early. However the game took a turn after the Heard County went on a run and led 27-20 in the second quarter.

The back and forth game continued into the fourth quarter. With time waning, Kobe Jones and Mydarius Scott made free throws that resulted in LHS leading by one at 54-53.

The Grangers boys attempted to pass the ball around until the time ran out. However, with 20 seconds left, their opponent had the ball. As time ran out, Heard’s Jameer Cook barely missed on a potential game winning shot.

“There is no such thing as a bad win,” said LHS Head Coach Mark Veal. “They were really tough tonight, but we played amazing during the second half.”

Starting the season at 3-0, the Granger boys will take on Harris County Friday.