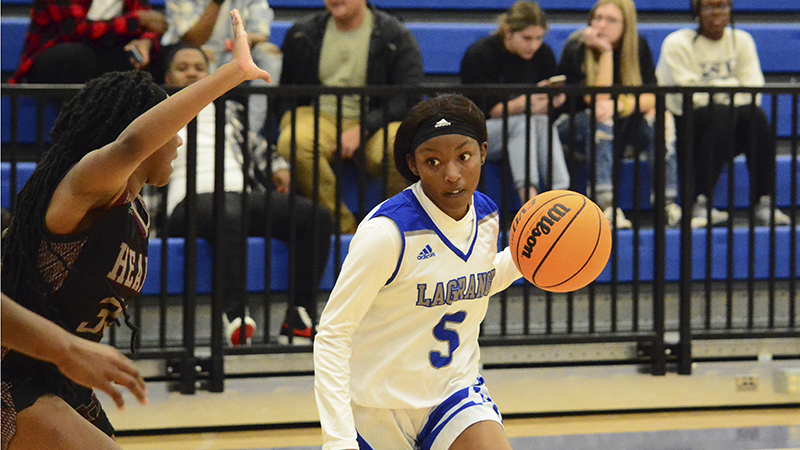 It was a different story for the LaGrange High girls basketball team Tuesday night against Heard County.

After losing to the Braves handily the first time, LaGrange kept it much closer Tuesday in a 48-28 loss.

Holly Lynn started the game with the opening basket for the Grangers, but Heard County scored six straight to take command. After the first quarter, LaGrange was trailing by eight.

Unable to keep the streak, the Lady Grangers were outscored 9-4 in the second quarter., Brittney Heard hit two three-pointers in the third quarter followed by Lynn and Kayla Willis scoring a couple of baskets each. Unfortunately for LaGrange, the Grangers were unable to keep pace with the Braves after Heard County pulled away in the fourth quarter.

Head Coach Stephen Tuck Grangers expressed his excitement in the improvement of his team. The Grangers also have several players who just finished their flag football season. He also appreciated the team’s determination to keep on fighting no matter how bad they were losing previously.

“We played the team earlier and only scored 23 points. They kept fighting even during the third quarter and that shows their improvement,” Tuck said. “They need to be in a little better shape to finish off the game, but I love what I saw during the game.”