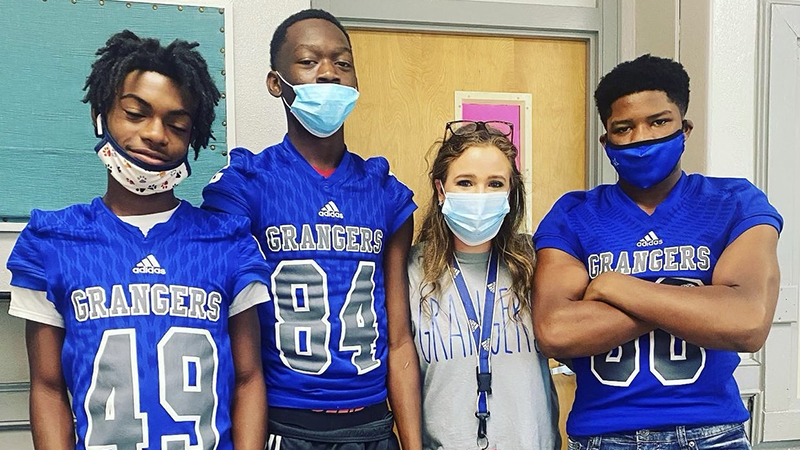 When Rebecca Davis graduated from Kennesaw with a bachelor’s in English, she found herself debating between pursuing a career as an entrepreneur with her store, Lily B’s Boutique, and becoming a teacher. Ultimately, Davis chose to be a teacher and pursued her master’s in secondary English teaching at Grand Canyon University.

“I’ve always wanted to teach … Ever since I was a kid, my mom said that I would come into her store and reenact my whole day, and I would be the teacher. I’ve always wanted to do it,” Davis said. “But once I graduated Kennesaw, I was like ‘do I really want to do that?’ because I was doing so well with my business, and I couldn’t keep up with it. I just had to pray about it, and this is where I’m at.”

Davis is now a reading teacher for ninth graders at LaGrange High School. She said she still remembers when she was offered the job from Principal Alton White and how thankful she is to have the opportunity to teach at LHS.

“I told Mr. White, ‘I’m very glad that you took a chance on me because I really like where I’m at,’” Davis said. “I love our staff. They’re awesome in our English department. I couldn’t do anything without them.” 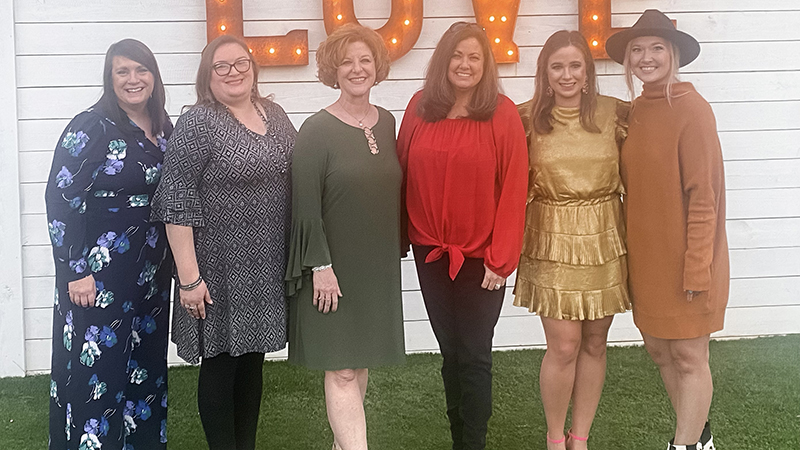 Rebecca Davis thanks the english department at LaGrange High for their support.

James Bozeman, the assistant principal at LHS who helps manage the Freshman Academy, said there are many reasons Davis is worthy of her Teacher of the Year nomination.

Bozeman said Davis’ willingness to serve is one of her defining traits as a teacher.

“She’s always looking to serve … I mean, she really is. She’s not a person who looks to glorify herself. She’s not,” he said.

Davis works within the ninth grade level to help students who are not reading at grade level and need to work on their comprehension and reading skills. She said she attempts to do this by creating a safe environment for her students.

“I try to create a safe environment where they can read anything they really want to, that they’re interested in. That’s how we start it off,” Davis said.

“We try to figure out what they like, like football, and we’ll find a football book for them.”

Davis recalled one student who achieved the highest level of reading for her class and the excitement the student felt at the accomplishment.

“She was so excited about it and she was like, ‘are the books bigger?’ I said yes and she’s like, ‘well, you’re just going to have to help me find a book that I like,’” Davis said.

Cathy Craft, the paraprofessional who works with Davis, said Davis’ relationships with her students are what bring them back to her classroom even after taking her class.

“That’s one of the reasons why the kids keep coming around because she builds those relationships with them,” Craft said. “She’s real. She’s authentic. There’s nothing fake about her. They love her and they keep coming back. She makes a difference in their lives.”

Bozeman said that Davis’ influence is not limited to her students. He said she has also impacted the students at LHS as well.

“She takes all of us veteran teachers, and she gets us together in a stairwell, and we’re doing TikTok videos, Bozeman said. We’re doing crazy things at pep rallies where we probably wouldn’t have done that before.”

Davis said she wants her students to have fun with learning to read, and she applies her real life to how she teaches her students.

“I want them to remember it. I want them to have fun because I was one of those kids. I was in the lower classes,” Davis said. “It was because I would get so bored in class. I would check out because I didn’t understand what was going on because every day it was the same thing.”

Berniya Glaze, a student at LHS and cheerleader on Davis’s cheer squad, said Davis motivated her to keep trying out for the team when she did not initially make it in eighth grade.

“She’s always pushed us to go above and beyond … When I made the team, she was like ‘I fought hard for you to be on this team. Show me that you deserve a spot on here.’ Now ever since then, I’ve always worked hard,” Glaze said. “In the back of my head, its either I can’t let my grandparents down or I can’t let Mrs. Davis down. It’s always Mrs. Davis.”

Glaze said that Davis was kind and supportive from the moment they met when she was in eighth grade to now as she is about to graduate from LHS.

“She’s like a big bundle of sunshine. It was so crazy to me because it felt like she knew me,” Glaze said. “She really cares. She just made me tear up from when we were just talking in her class.” 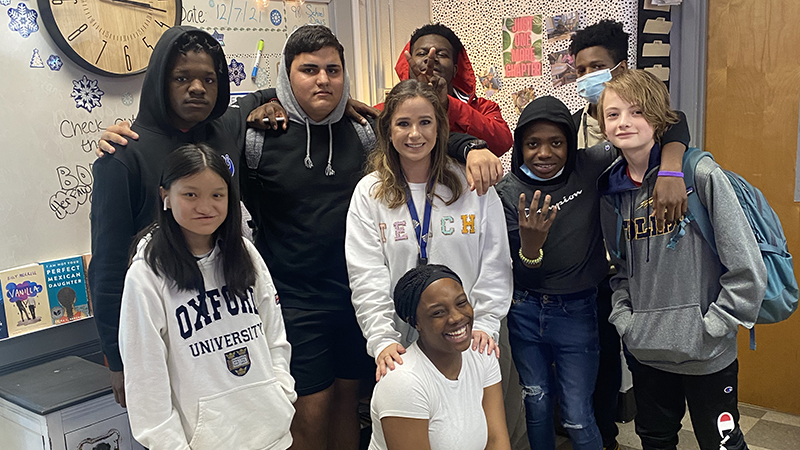 Rebecca Davis poses with her students who she teaches reading to at Lagrange High School.