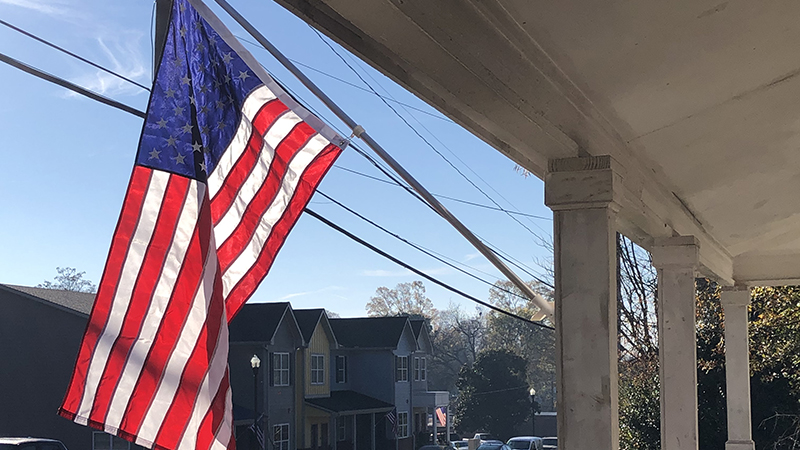 One People, a nonprofit, provides free American flags for any members of the LaGrange community. They hope to unite the community and have partnered with and given flags to DASH LaGrange.

If you have noticed more American flags outside some homes in LaGrange, it could be because of the work of a local nonprofit.

One People, a nonprofit organization, has worked within the community to provide free flags to members of the community who might want one for their home. Most recently, One People partnered with DASH to help provide flags for their residents.

Hillyer Jennings, founder of One People and a LaGrange native, said \ his idea for his nonprofit is a simple one.

“The idea is pretty simple. We take donations [and] then provide flags, free American flags to display on the front of their homes,” Jennings said.

Jennings said the donations that the nonprofit receives will go toward purchasing flags for residents and helping the Atlanta Children’s Shelter.

“Each flag costs about $50, including shipping. Then 10% of all donations go to the Atlanta Children’s Shelter, which is really great. That’s something we started from the very beginning,” he said.

Jennings said that his daily life inspired him to start One People.

“I had the idea a couple of years ago when I got my first home. One of the very first things I did was put the flag on the front of it. It gave me a sense of pride,” Jennings said. “I thought there might be homeowners out there or residents who would like to have a flag on their home, but either can’t afford it or just haven’t thought about trying to install it themselves or figuring out how to make it happen.”

Nate Crawford, the Executive Director of DASH, said he sees the need for One People, and he appreciates what it can bring to neighborhoods like the ones DASH works with.

“Some people don’t want to spend disposable income on things like a flag, which I totally understand,” Crawford said. “So, having a nonprofit that provides that, and it adds a really cool aesthetic to the neighborhood as well.”

Crawford witnessed one resident’s reaction to having a flag outside of his home and said it was very rewarding to see.

“One of our tenants is a veteran. He texted [me] along with our facilities director and was just very excited to have the flag,” Crawford said. “He sent us a picture when he got home from work that night of the flags along the front of his building.”

“He was honored that we took the time to hang up a flag as an organization and show support for his service. Just [a] general appreciation for what the flag represents.” 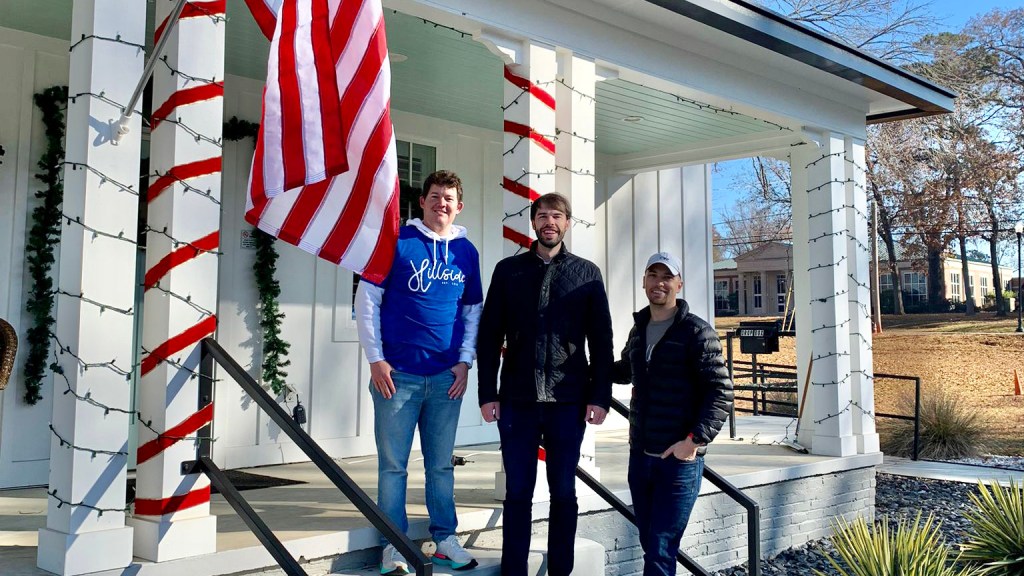 A member of One People, Hillyer Jennings, and members of DASH, Nate Crawford, left, and Sam Craig, right, pose next to a flag they helped install in a DASH neighborhood.

Jennings said any members of the Troup County community who would like a flag can email the nonprofit at contact@onepeopleflags.org. Those wishing to donate can also do so through the website or call Jennings at (706) 668-0726.

“Donation-wise, just going to our website would be fantastic,” Jennings said. “I’m also happy to have conversations with anybody who would want to donate if they have questions.”