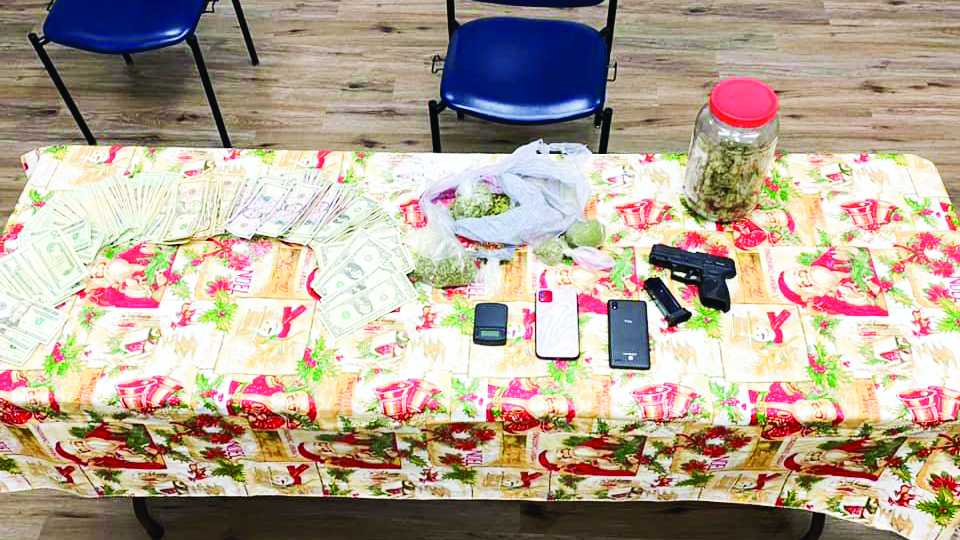 HOGANSVILLE – The Hogansville Police Department announced Friday that a man has been arrested for allegedly possessing and distributing marijuana.

The arrest was announced during a press conference held by HPD Police Chief Jeff Sheppard.

A second, unnamed suspect is currently being questioned in relation to the case. The suspect is believed to have provided the gun to Tigner, Sheppard said.

Several pounds of marijuana, much of which was broken up for sale, along with bags, scales,  a cell phone, money and a firearm were recovered at the scene. A jar containing marijuana was found in the dryer of the residence, Sheppard said.

HPD had received tips that firearms and narcotics were in the residence, Sheppard said. This was not the first time the Boozer St. residence had been investigated.

“The house is a rental … this is the second time Hogansville [Police Department] has raided this house for selling narcotics,” Sheppard said.