In the spirit of giving, LFD hosts quarterly blood drive 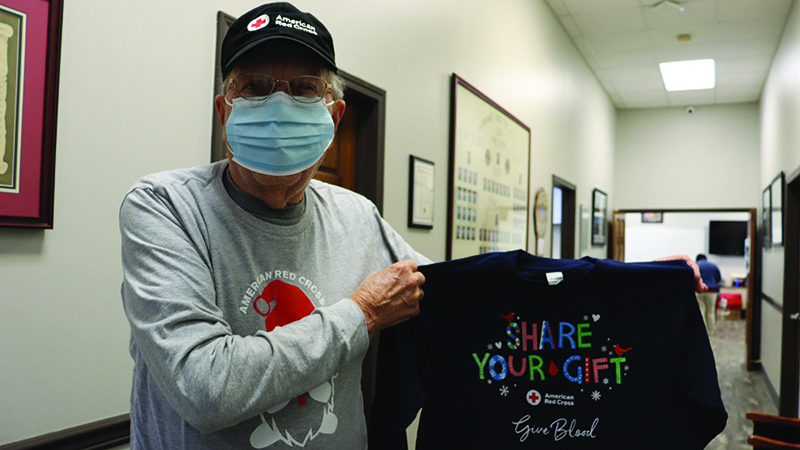 Doodle Eubanks, above, poses with the shirt he gave to each of the donors at the quarterly blood drive hosted Wednesday by the LaGrange Fire Department. (Photo/Iris Hersey)

The LaGrange Fire Department held its quarterly blood drive on Wednesday with help from the American Red Cross. Community members who donated were greeted by Doodle Eubanks, a volunteer with American Red Cross and given a shirt for their contribution.  The event was held at the building from 10 a.m. to 3 p.m. This was LFD’s fourth blood drive this year.

Mike Webb, accreditation manager for LFD, said LFD did not have a high turnout for this quarter’s blood drive.

“It’s been kind of slow. It’s the holiday season, a lot of people made appointments and haven’t shown up which is kind of disappointing,” Webb said.

Eubanks said those who showed up did so with an energetic attitude and willingness to give blood.

“Folks are real energetic about wanting to donate, especially during the holiday season. Most of them recognize the need for blood this time of year,” Eubanks said.

Johnny Williams, the account manager for American Red Cross donor services in the southern region, said he hopes community members remember the need for blood is present even during the holidays.

“Busy schedules, breaks from school and winter weather all contribute to a drop in blood and platelet donations over the holidays. Along with the ongoing challenges of the pandemic, it’s vital that all eligible donors make and keep their appointment to give in the coming days and weeks.”

Lucy Perkerson chose to donate blood on Wednesday and said she has been doing it for the last forty years.

“I’ve been giving blood since I went to nursing school in 1981. I don’t want to say it’s a habit because it’s not a habit. But it’s an important gift I feel like I can give to other people,” Perkerson said. “I hope I never have to receive the gift, but I feel like if I do then it would be more appropriate for me to get blood because I have given blood. It is just the right thing to do.” 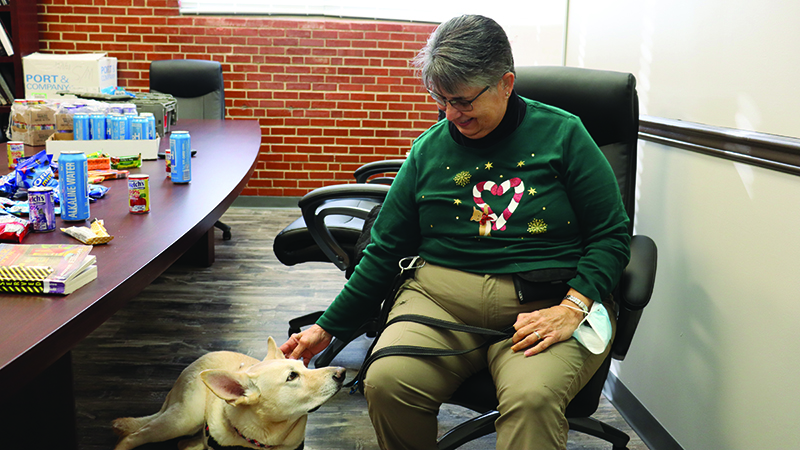 Eubanks said talking with the donors was the highlight of his volunteering on Wednesday. He said many of those he spoke with discussed their holiday plans with him.

“A couple of older people just talking about how they’re going to be alone for Christmas,” Eubanks said.

“I told them they need to go find friends or do something, not just sit at home. That’s just not what Christmas was meant for.”

As for how LFD celebrates the holiday, their building is festively decorated and Webb said the fire department annually participates in Toys for Tots. A former employee even hosted a Toys for Tots drive at their house this year to assist with donations.

“I don’t know how many toys they had that people donated that night. They had a huge box of toys and so that went off really well. We’re always a part of that,” Webb said.