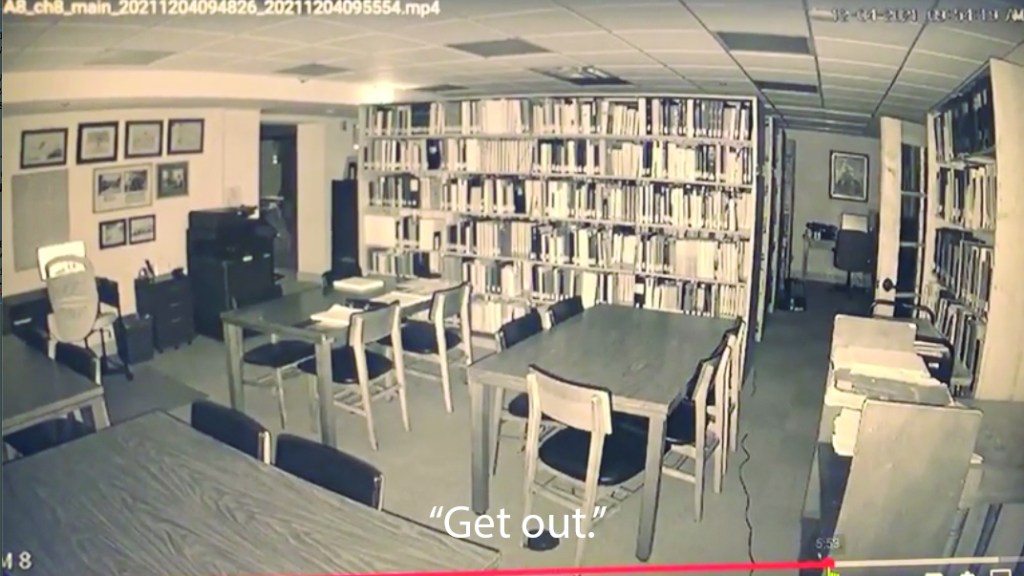 Georgia Paranormal Investigations’ visit to the LaGrange’s Legacy Museum on Main rendered interesting, though ultimately harmless results. The group would leave with evidence that they made possible communication with Fuller E. Callaway, Sr. and possibly even Olivia Phratt Jewel Cason, mother of Ida Jane Cason Callaway, the wife of Callaway, Sr. Other investigators believe they came in contact with a child.

However, a review of the video and audio footage from the group’s 8-hour long investigation revealed that there may have been others strolling through the museum with them.

The group consisted of Phillip R. Wyatt, Stephanie Elgaydi, Michelle Panyik, Gerry Tosone, Victoria Wolf, Lisa Schneur and her daughter, Anna Schnur, who started their investigation with a tour by museum archivists Lewis Powell and Alex Hughes through the century-old building that has served as the museum since 1983.

The group’s interest was particularly targeted toward Callaway, Sr., who Wyatt claimed he had a premonition of prior to the groups’ visit to LaGrange. Wyatt and other members of the group note themselves as sensitives, or individuals who are attuned to the energy of other people, and at times, entities, around them.

As the night went on, the group’s equipment, consisting of REM pods, a radio frequency meter, a natural triField meter, a tribolic static detector meter, or a EMF, spirit boxes and a REM pod, picked up evidence of a presence. The group visited different rooms of the museum, including its rarely used basement. 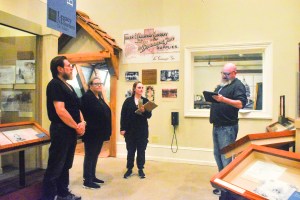 Post-review audio footage in the basement reflected a male voice saying “Get out” and a female voice say “No.” At one point, Wyatt asked if there were any entities in the basement and if they wanted them to stay. When the said this, a disembodied voice replied “No” to the question. Wyatt noted in the investigation summary that some heard the voice and others didn’t, which is not uncommon.

The group investigated the conference room twice. They picked up three EVP’s. Two male voices said “hang em” and “I found him” while a female voice said, “A lie … hang em.”

In the museum’s library, a voice was captured on EVP saying “get out.” No one was in the room at the time of the EVP. Other EVP’s captured in the library included a male voice saying “I love the bald one” and a simple greeting of “hello.”

Callaway, Sr.’s office displayed the most activity during the group’s investigation. Powell and Hughes communicated with a possible entity through the spirit box and REM pod. The REM pod went off several times during the nearly 30-minute interview and would stay on to the point where Powell had to physically try to turn it off. An EVP later picked up a male voice saying “come in.”

“I can say I have never gotten that many EVPs in one location before, considering that the building has no tragic backstory,” Wyatt said. Georgian Paranormal Investigations has previously investigated homes, a school and even a present with lesser activity, he previously said

The group noted in its report that outside energy could have contributed to the investigation’s activity. The Legacy Musem is located approximately 900-feet from train tracks. Throughout the night, the group addressed the sound of the train to eliminate its impact on the investigation. Ultimately, the report concludes that investigators believed that the train’s proximity aided in a large number of EVPs they captured.

Public officials weigh in on what rising COVID cases…