Samuel Sykes came back to teach at school system after graduation 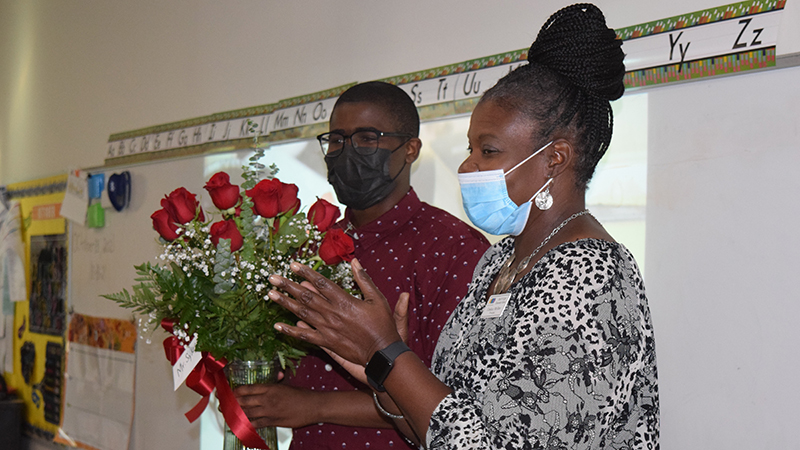 Samuel Sykes moved to the Troup County School System when he was younger. He went through the school system and now teaches at Ethel W. Kight Elementary School as an Exceptional Education Teacher.

Sykes said he remembers the teachers he had during his time in TCSS, and it helped him decide to be a teacher.

“When my mom moved us to Troup County [in] 2007, I saw male teachers, but I didn’t see male teachers that look like me. If I did, they were coaches, parapros or custodians,” Sykes said.

“I remember in eighth grade, I had this awesome teacher who was inspiring,” Sykes said. “I remember this parent called me, and I’m like, ‘What did I do now?’ She said, ‘I just want to introduce myself.’ She said, ‘My son came in the house and said, Mama, I have a black man as a teacher. You have made my baby’s day. He wants to come to school.’”

Sykes said he wants to be an exceptional education teacher due to the relationship he has with his family.

“I have a cousin that has special needs,” he said. “When I got into the classroom, special ed, I knew what needed to be done, sometimes had to be tough with the kids, but they still know that [I] care. It’s that balance in it.”

One of the things he promotes to his students is self-regulation, he said.

“You can try this on your own. Although you may not get it right the first time, it is still going to be right here,” Sykes said. “We’re going to try to get everyone when you do get it, I’m going to say, ‘Yes, you did it.’”

Sykes said he remembers one particular moment with a student where he felt his hard work paid off.

“When he was reading it, and he had cut it out, like the cookies, the glue on the paper. He was like, ‘1,2,3,4,5,6, 7 cookies for Santa!’” Sykes said. “That was an eye-opener that he connected it with something he knew with the cookies.” 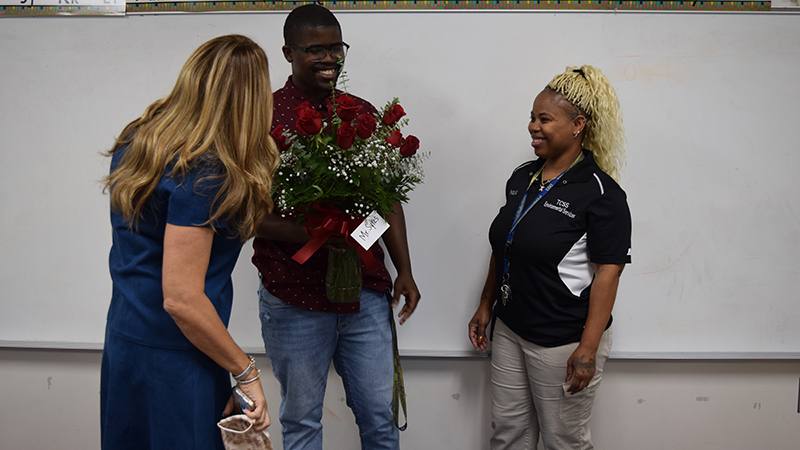 Candace McGhee, principal of the school, said she sees how her faculty feels about Sykes every day.

“Our staff really thinks highly of him,” McGhee said. “They have to tell me when they nominate why they’re nominating this person.”

She said she still remembers some of the comments from when he was nominated for his teacher of the year award.

“Some of the comments that the staff members wrote about Sam was: he’s always positive and not only is he a role model for his students, but the other students in the school as well,” McGhee said.