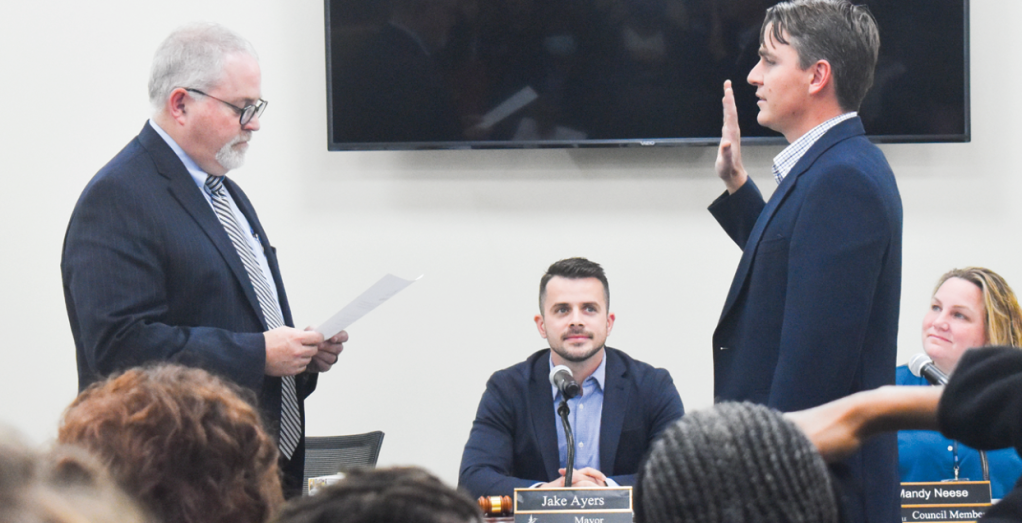 HOGANSVILLE – Only one item was on the Hogansville City Council’s agenda Tuesday night: swearing in its new mayor and two new councilmembers.

Jake Ayers was sworn in as Hogansville’s new mayor while Matthew Morgan and Michael Taylor were sworn in as councilmembers for Posts 1 and 2.

The packed meeting allowed the new mayor and councilmembers to greet citizens and once again express their platforms and plans for the community. 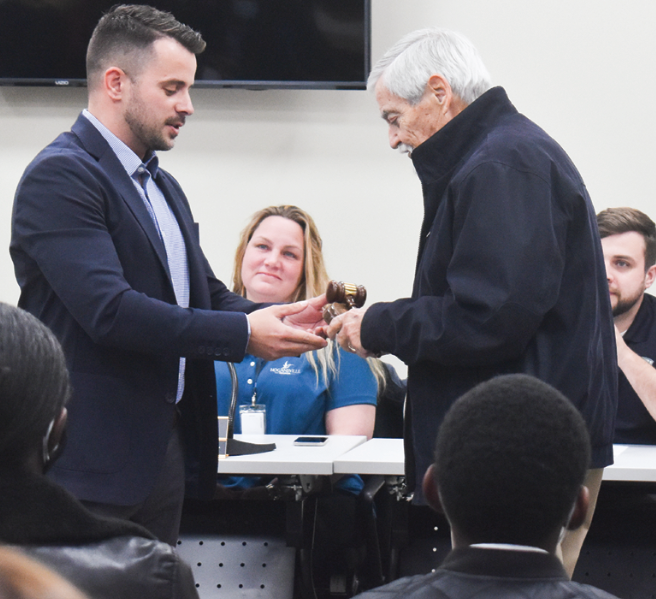 Ayers, brother to councilmember Mark Ayers and co-owner of Pioneer Georgia, thanked the community and also thanked former councilmembers for their service.

“I don’t take this duty lightly, and I defiantly do not pretend to have all he answers or to have everything together,” he said. “I want to step into this season with humility and integrity, but I also want to step into it with boldness and help lead our city into the direction it needs to go.”

Following his swearing in, Ayers granted former Mayor Bill Stankiewicz the mayor’s gavel, thanking him for his two terms of service.

“Thank you for your support during this transition,” he said. “You’ve been very helpful giving me more information than I’d probably care to know at the moment, but … you poured your heart and soul into this city, and I thank you for your time and service.” 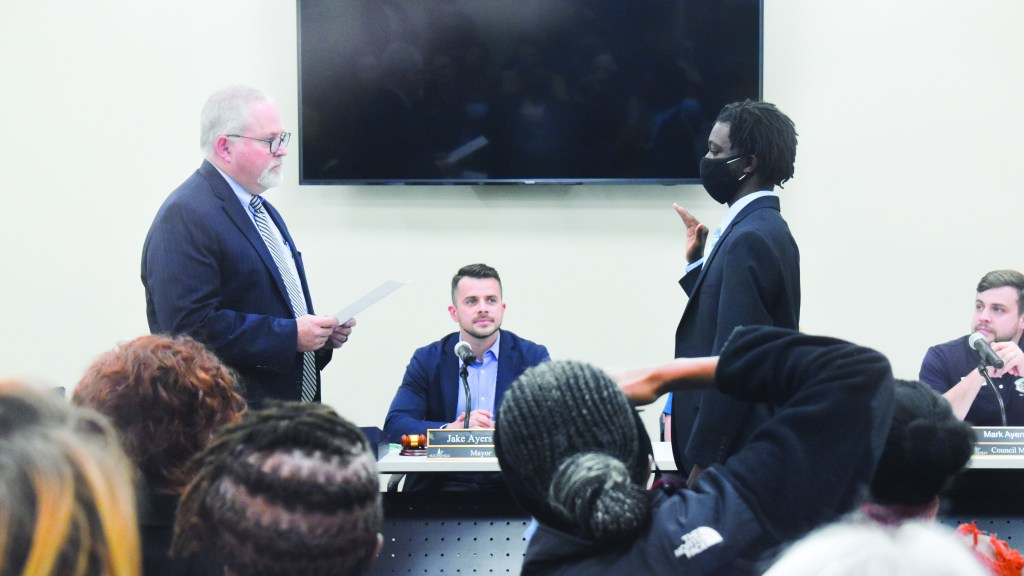 youngest-serving councilmember and works as the customer service manager at the Ingles in town.

“I look forward to the next four years of serving the city of Hogansville, and if there’s anything I can do, please reach out to me,” he said.

Morgan, Hogansville native and co-owner of Pioneer Georgia, thanked his family and the community for their support.

“Again, it’s a huge honor, and I think we’re going to build a thriving city together,” he said.

In a related order of business, Councilwoman Mandy Neese was elected as mayor pro-tem and will serve in the mayor’s place should he be unavailable or unable to serve his role.