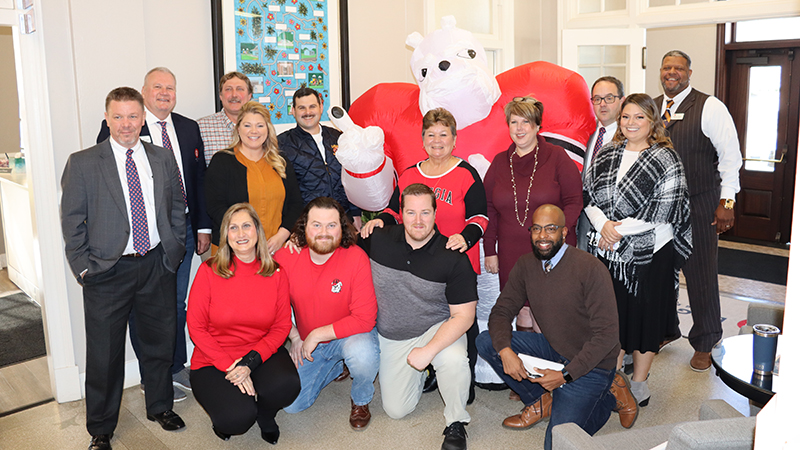 City of LaGrange employees posed in front of a giant inflatable bulldog to celebrate the University of Georgia winning the national championship. (Photo/Iris Hersey)

When the LaGrange City Council met Tuesday morning for its work session, the room was filled with the left over energy from the College Football Playoff national championship game from the night before.

For the first time in 41 years, the University of Georgia is the national champion in football. Several city employees were celebrating the victory by their alma mater.

Brenda Leverett, accounting specialist for the City of LaGrange, showed up to the office decked out in her UGA gear. She said she and her husband are huge Bulldog fans.

Jeremy Andrews, a procurement officer for the City of LaGrange, said he has been a lifelong fan, and he is overwhelmed by the team winning the national championship.

“I’ve been watching football since I was five [or] six [years old].  As a Georgia fan, hope is a very elusive thing. It’s a very scary thing,” Andrews said.

“Finally, after coming so close, and after all these years to watch it finally happen and to watch it happen in the way it did with a kind of revenge game, I would be lying to say if I didn’t shed a tear or two afterwards.”

Adam Speas, media coordinator for the City of LaGrange, said he is proud of his alma mater and happy to see UGA win the national championship.

“I am overwhelmed because [for] so many years we got so close. It’s been hard as a Dawg fan to let hope creep in,” Speas said. “We’ve proven we can stick around. Finally, we can topple the mountain that is Alabama. Can we do it again? I don’t know. Right now, I don’t care. I’m just happy that we’ve done it once.” 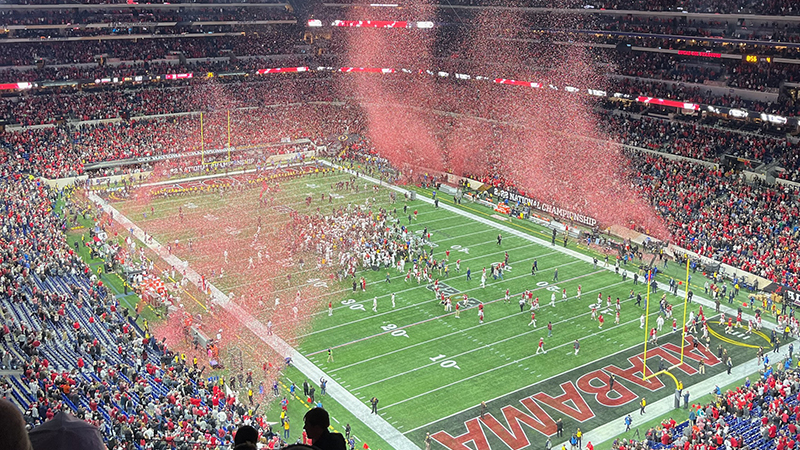