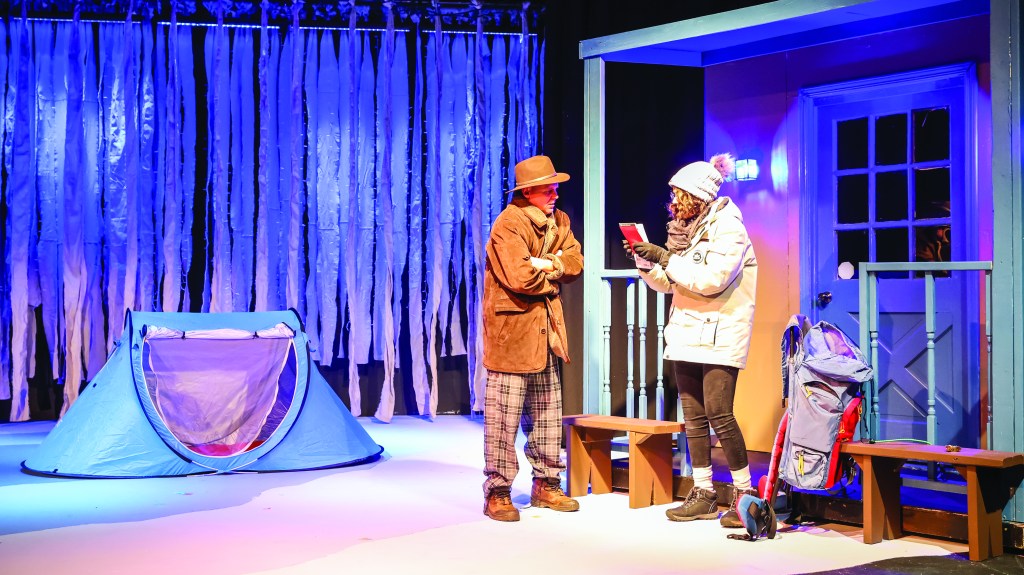 The LaFayette Society for Performing Arts is putting on a two-weekend production of Almost, Maine.

One of the most produced plays in the United States, John Cariani’s Almost, Maine is a series of vignettes. The play seamlessly blends romance, comedy, and drama. The vignettes focus on the need for human connection.

“The characters, although fictional, are written in such a way that every audience member will make a real connection,” says director Valerie Longshore-Sargent. “The cast does a phenomenal job of bringing the people to life.”

The cast of 17 includes recognizable faces from long-time veterans of the LaGrange stage to up and coming performers to first-time actors. The audience will have a tough time knowing who is who.

“We are so thankful to be able to bring the performing arts to our community, and so happy to see people out supporting live theatre, storytelling, dance, and choral performances,” says Kerri Vice, LSPA Executive Director.

Tickets for Almost, Maine and additional LaFayette Society for Performing Arts productions can be purchased by visiting their website at LSPArts.org or by calling LSPA’s ticket office.